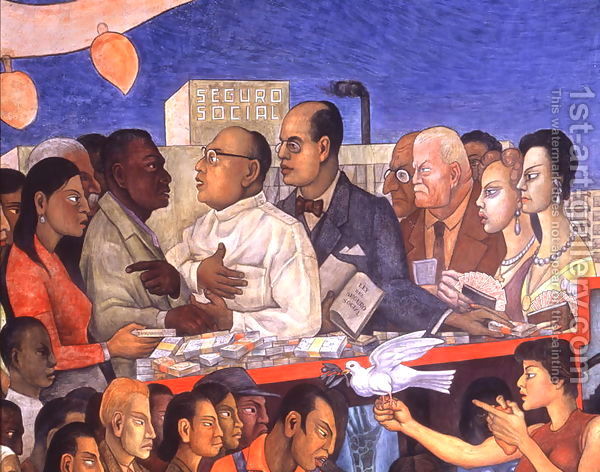 Share on facebook
Share on twitter
Share on linkedin
Share on whatsapp
Share on email
by PAUL KRUGMAN
On Wednesday, Douglas Elmendorf, the director of the nonpartisan Congressional Budget Office, said the obvious: losing your job and choosing to work less aren’t the same thing. If you lose your job, you suffer immense personal and financial hardship. If, on the other hand, you choose to work less and spend more time with your family, “we don’t sympathize. We say congratulations.”
And now you know everything you need to know about the latest falsehood in the ever-mendacious campaign against health reform.
Let’s back up. On Tuesday, the budget office released a report on the fiscal and economic outlook that included two appendices devoted to effects of the Affordable Care Act.
The first appendix attracted almost no attention from the news media, yet it was actually a bombshell. Much public discussion of health reform is still colored by Obamacare’s terrible start, and presumes that the program remains a disaster. Some of us have pointed out that things have been going much better lately — but now it’s more or less official. The budget office predicts that first-year sign-ups in the health exchanges will fall only modestly short of expectations, and that nearly as many uninsured Americans will gain insurance as it predicted last spring.
This good news got drowned out, however, by false claims about the meaning of the second health care appendix, on labor supply.
It has always been clear that health reform will induce some Americans to work less. Some people will, for example, retire earlier because they no longer need to keep working to keep their health insurance. Others will reduce their hours to spend more time with their children because insurance is no longer contingent on holding a full-time job. More subtly, the incentive to work will be somewhat reduced by health insurance subsidies that fall as your income rises.
The budget office has now increased its estimate of the size of these effects. It believes that health reform will reduce the number of hours worked in the economy by between 1.5 percent and 2 percent, which it unhelpfully noted “represents a decline in the number of full-time-equivalent workers of about 2.0 million.”
Why was this unhelpful? Because politicians and, I’m sorry to say, all too many news organizations immediately seized on the 2 million number and utterly misrepresented its meaning. For example, Representative Eric Cantor, the House majority leader, quickly posted this on his Twitter account: “Under Obamacare, millions of hardworking Americans will lose their jobs and those who keep them will see their hours and wages reduced.”
Not a word of this claim was true. The budget office report didn’t say that people will lose their jobs. It declared explicitly that the predicted fall in hours worked will come “almost entirely because workers will choose to supply less labor” (emphasis added). And as we’ve already seen, Mr. Elmendorf did his best the next day to explain that voluntary reductions in work hours are nothing like involuntary job loss. Oh, and because labor supply will be reduced, wages will go up, not down.

We should add that the budget office believes that health reform will actually reduce unemployment over the next few years.

Just to be clear, the predicted long-run fall in working hours isn’t entirely a good thing. Workers who choose to spend more time with their families will gain, but they’ll also impose some burden on the rest of society, for example, by paying less in payroll and income taxes. So there is some cost to Obamacare over and above the insurance subsidies. Any attempt to do the math, however, suggests that we’re talking about fairly minor costs, not the “devastating effects” Mr. Cantor asserted in his next post on Twitter.
So was Mr. Cantor being dishonest? Or was he just ignorant of the policy basics and unwilling to actually read the report before trumpeting his misrepresentation of what it said? It doesn’t matter — because even if it was ignorance, it was willful ignorance. Remember, the campaign against health reform has, at every stage, grabbed hold of any and every argument it could find against insuring the uninsured, with truth and logic never entering into the matter.
Think about it. We had the nonexistent death panels. We had false claims that the Affordable Care Act will cause the deficit to balloon. We had supposed horror stories about ordinary Americans facing huge rate increases, stories that collapsed under scrutiny. And now we have a fairly innocuous technical estimate misrepresented as a tale of massive economic damage.
Meanwhile, the reality is that American health reform — flawed and incomplete though it is — is making steady progress. No, millions of Americans won’t lose their jobs, but tens of millions will gain the security of knowing that they can get and afford the health care they need.
Το άρθρο του Νομπελίστα Οικονομολόγου PAUL KRUGMAN δημοσιεύεται στην εφημερίδα “THE NEWYORK TIMES”