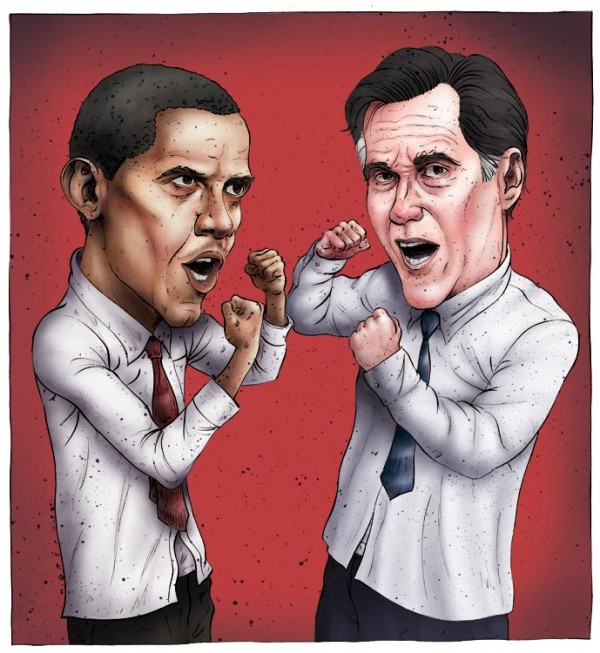 “No. 1,” declared Mitt Romney in Wednesday’s debate, “pre-existing conditions are covered under my plan.” No, they aren’t — as Mr. Romney’s own advisers have conceded in the past, and did again after the debate. Was Mr. Romney lying? Well, either that or he was making what amounts to a sick joke.
Either way, his attempt to deceive voters on this issue was the biggest of many misleading and/or dishonest claims he made over the course of that hour and a half. Yes, President Obama did a notably bad job of responding. But I’ll leave the theater criticism to others and talk instead about the issue that should be at the heart of this election.
So, about that sick joke: What Mr. Romney actually proposes is that Americans with pre-existing conditions who already have health coverage be allowed to keep that coverage even if they lose their job — as long as they keep paying the premiums. As it happens, this is already the law of the land. But it’s not what anyone in real life means by having a health plan that covers pre-existing conditions, because it applies only to those who manage to land a job with health insurance in the first place (and are able to maintain their payments despite losing that job). Did I mention that the number of jobs that come with health insurance has been steadily declining over the past decade?
What Mr. Romney did in the debate, in other words, was, at best, to play a word game with voters, pretending to offer something substantive for the uninsured while actually offering nothing. For all practical purposes, he simply lied about what his policy proposals would do.
How many Americans would be left out in the cold under Mr. Romney’s plan? One answer is 89 million. According to the nonpartisan Commonwealth Foundation, that’s the number of Americans who lack the “continuous coverage” that would make them eligible for health insurance under Mr. Romney’s empty promises. By the way, that’s more than a third of the U.S. population under 65 years old.
Another answer is 45 million, the estimated number of people who would have health insurance if Mr. Obama were re-elected, but would lose it if Mr. Romney were to win.
That estimate reflects two factors. First, Mr. Romney proposes repealing the Affordable Care Act, which means doing away with all the ways in which that law would help tens of millions of Americans who either have pre-existing conditions or can’t afford health insurance for other reasons. Second, Mr. Romney is proposing drastic cuts in Medicaid — basically to save money that he could use to cut taxes on the wealthy — which would deny essential health care to millions more Americans. (And, no, despite what he has said, you can’t get the care you need just by going to the emergency room.)
Wait, it gets worse. The true number of victims from Mr. Romney’s health proposals would be much larger than either of these numbers, for a couple of reasons.
One is that Medicaid doesn’t just provide health care to Americans too young for Medicare; it also pays for nursing care and other necessities for many older Americans.
Also, many Americans have health insurance but live under the continual threat of losing it. Obamacare would eliminate this threat, but Mr. Romney would bring it back and make it worse. Safety nets don’t just help people who actually fall, they make life more secure for everyone who might fall. But Mr. Romney would take that security away, not just on health care but across the board.
What about the claim made by a Romney adviser after the debate that states could step in to guarantee coverage for pre-existing conditions? That’s nonsense on many levels. For one thing, Mr. Romney wants to eliminate restrictions on interstate insurance sales, depriving states of regulatory power. Furthermore, if all you do is require that insurance companies cover everyone, healthy people will wait until they’re sick to sign up, leading to sky-high premiums. So you need to couple regulations on insurers with a requirement that everyone have insurance. And, to make that feasible, you have to offer insurance subsidies to lower-income Americans, which have to be paid for at a federal level.