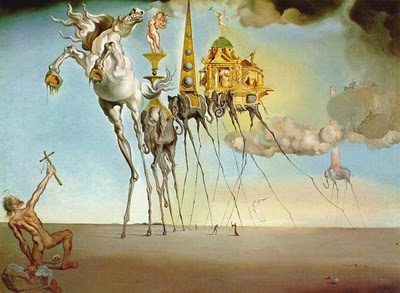 In a few days, we’ll reach the fifth anniversary of the fall of Lehman Brothers — the moment when a recession, which was bad enough, turned into something much scarier. Suddenly, we were looking at the real possibility of economic catastrophe.
And the catastrophe came.

Wait, you say, what catastrophe? Weren’t people warning about a second Great Depression? And that didn’t happen, did it? Yes, they were, and no, it didn’t — although the Greeks, the Spaniards, and others might not agree about that second point. The important thing, however, is to realize that there are degrees of disaster, that you can have an immense failure of economic policy that falls short of producing total collapse. And the failure of policy these past five years has, in fact, been immense.

Some of that immensity can be measured in dollars and cents. Reasonable measures of the “output gap” over the past five years — the difference between the value of goods and services America could and should have produced and what it actually produced — run well over $2 trillion. That’s trillions of dollars of pure waste, which we will never get back.

Behind that financial waste lies an even more tragic waste of human potential. Before the financial crisis, 63 percent of adult Americans were employed; that number quickly plunged to less than 59 percent, and there it remains.

How did that happen? It wasn’t a mass outbreak of laziness, and right-wing claims that jobless Americans aren’t trying hard enough to find work because they’re living high on food stamps and unemployment benefits should be treated with the contempt they deserve. A bit of the decline in employment can be attributed to an aging population, but the rest reflects, as I said, an immense failure of economic policy.

Set aside the politics for a moment, and ask what the past five years would have looked like if the U.S. government had actually been able and willing to do what textbook macroeconomics says it should have done — namely, make a big enough push for job creation to offset the effects of the financial crunch and the housing bust, postponing fiscal austerity and tax increases until the private sector was ready to take up the slack. I’ve done a back-of-the-envelope calculation of what such a program would have entailed: It would have been about three times as big as the stimulus we actually got, and would have been much more focused on spending rather than tax cuts.

Would such a policy have worked? All the evidence of the past five years says yes. The Obama stimulus, inadequate as it was, stopped the economy’s plunge in 2009. Europe’s experiment in anti-stimulus — the harsh spending cuts imposed on debtor nations — didn’t produce the promised surge in private-sector confidence. Instead, it produced severe economic contraction, just as textbook economics predicted. Government spending on job creation would, indeed, have created jobs.

But wouldn’t the kind of spending program I’m suggesting have meant more debt? Yes — according to my rough calculation, at this point federal debt held by the public would have been about $1 trillion more than it actually is. But alarmist warnings about the dangers of modestly higher debt have proved false. Meanwhile, the economy would also have been stronger, so that the ratio of debt to G.D.P. — the usual measure of a country’s fiscal position — would have been only a few points higher. Does anyone seriously think that this difference would have provoked a fiscal crisis?

And, on the other side of the ledger, we would be a richer nation, with a brighter future — not a nation where millions of discouraged Americans have probably dropped permanently out of the labor force, where millions of young Americans have probably seen their lifetime career prospects permanently damaged, where cuts in public investment have inflicted long-term damage on our infrastructure and our educational system.

Look, I know that as a political matter an adequate job-creation program was never a real possibility. And it’s not just the politicians who fell short: Many economists, instead of pointing the way toward a solution of the jobs crisis, became part of the problem, fueling exaggerated fears of inflation and debt.

Still, I think it’s important to realize how badly policy failed and continues to fail. Right now, Washington seems divided between Republicans who denounce any kind of government action — who insist that all the policies and programs that mitigated the crisis actually made it worse — and Obama loyalists who insist that they did a great job because the world didn’t totally melt down.

Obviously, the Obama people are less wrong than the Republicans. But, by any objective standard, U.S. economic policy since Lehman has been an astonishing, horrifying failure.