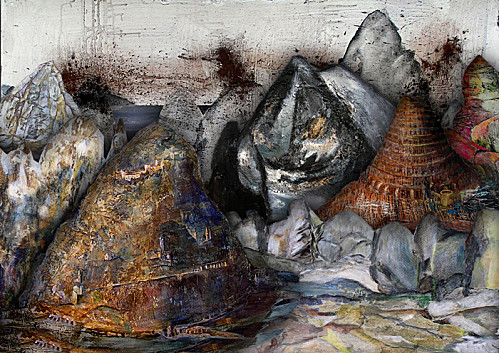 A couple of years ago, the journalist Nicholas Shaxson published a fascinating, chilling book titled “Treasure Islands,” which explained how international tax havens — which are also, as the author pointed out, “secrecy jurisdictions” where many rules don’t apply — undermine economies around the world.

Not only do they bleed revenues from cash-strapped governments and enable corruption; they distort the flow of capital, helping to feed ever-bigger financial crises.
One question Mr. Shaxson didn’t get into much, however, is what happens when a secrecy jurisdiction itself goes bust. That’s the story of Cyprus right now. And whatever the outcome for Cyprus itself (hint: it’s not likely to be happy), the Cyprus mess shows just how unreformed the world banking system remains, almost five years after the global financial crisis began.

So, about Cyprus: You might wonder why anyone cares about a tiny nation with an economy not much bigger than that of metropolitan Scranton, Pa. Cyprus is, however, a member of the euro zone, so events there could trigger contagion (for example, bank runs) in larger nations. And there’s something else: While the Cypriot economy may be tiny, it’s a surprisingly large financial player, with a banking sector four or five times as big as you might expect given the size of its economy.

Why are Cypriot banks so big? Because the country is a tax haven where corporations and wealthy foreigners stash their money. Officially, 37 percent of the deposits in Cypriot banks come from nonresidents; the true number, once you take into account wealthy expatriates and people who are only nominally resident in Cyprus, is surely much higher. Basically, Cyprus is a place where people, especially but not only Russians, hide their wealth from both the taxmen and the regulators. Whatever gloss you put on it, it’s basically about money-laundering.

And the truth is that much of the wealth never moved at all; it just became invisible. On paper, for example, Cyprus became a huge investor in Russia — much bigger than Germany, whose economy is hundreds of times larger. In reality, of course, this was just “roundtripping” by Russians using the island as a tax shelter.

Unfortunately for the Cypriots, enough real money came in to finance some seriously bad investments, as their banks bought Greek debt and lent into a vast real estate bubble. Sooner or later, things were bound to go wrong. And now they have.

Now what? There are some strong similarities between Cyprus now and Iceland (a similar-size economy) a few years back. Like Cyprus now, Iceland had a huge banking sector, swollen by foreign deposits, that was simply too big to bail out. Iceland’s response was essentially to let its banks go bust, wiping out those foreign investors, while protecting domestic depositors — and the results weren’t too bad. Indeed, Iceland, with a far lower unemployment rate than most of Europe, has weathered the crisis surprisingly well.

Unfortunately, Cyprus’s response to its crisis has been a hopeless muddle. In part, this reflects the fact that it no longer has its own currency, which makes it dependent on decision makers in Brussels and Berlin — decision makers who haven’t been willing to let banks openly fail.

But it also reflects Cyprus’s own reluctance to accept the end of its money-laundering business; its leaders are still trying to limit losses to foreign depositors in the vain hope that business as usual can resume, and they were so anxious to protect the big money that they tried to limit foreigners’ losses by expropriating small domestic depositors. As it turned out, however, ordinary Cypriots were outraged, the plan was rejected, and, at this point, nobody knows what will happen.

My guess is that, in the end, Cyprus will adopt something like the Icelandic solution, but unless it ends up being forced off the euro in the next few days — a real possibility — it may first waste a lot of time and money on half-measures, trying to avoid facing up to reality while running up huge debts to wealthier nations. We’ll see.

But step back for a minute and consider the incredible fact that tax havens like Cyprus, the Cayman Islands, and many more are still operating pretty much the same way that they did before the global financial crisis. Everyone has seen the damage that runaway bankers can inflict, yet much of the world’s financial business is still routed through jurisdictions that let bankers sidestep even the mild regulations we’ve put in place. Everyone is crying about budget deficits, yet corporations and the wealthy are still freely using tax havens to avoid paying taxes like the little people.

So don’t cry for Cyprus; cry for all of us, living in a world whose leaders seem determined not to learn from disaster.