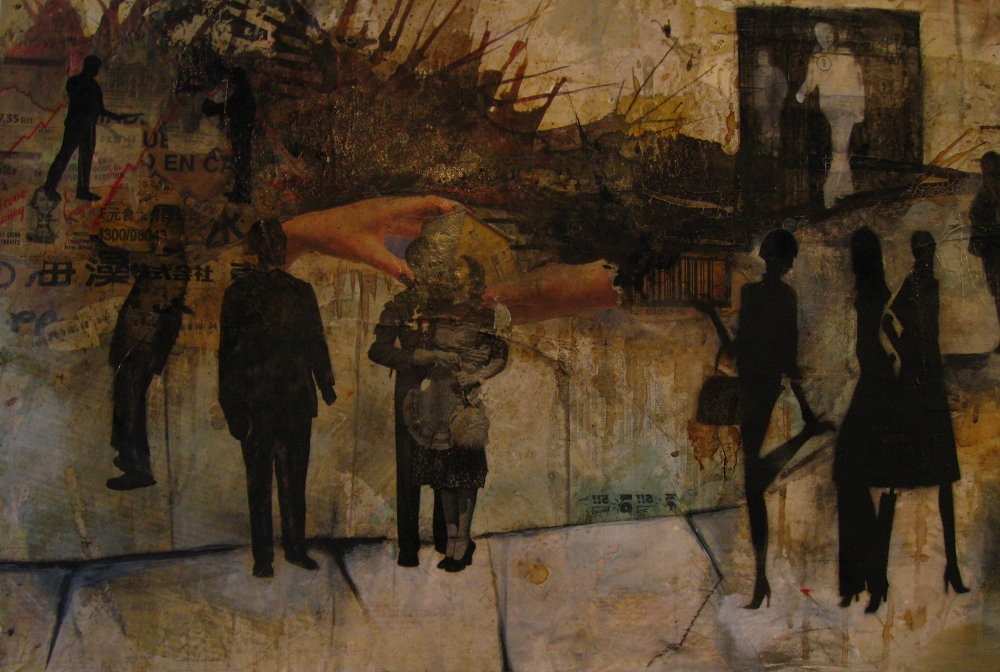 There don’t seem to be any major economic crises underway right this moment, and policy makers in many places are patting themselves on the back. In Europe, for example, they’re crowing about Spain’s recovery: the country seems set to grow at least twice as fast this year as previously forecast.

Unfortunately, that means growth of 1 percent, versus 0.5 percent, in a deeply depressed economy with 55 percent youth unemployment. The fact that this can be considered good news just goes to show how accustomed we’ve grown to terrible economic conditions. We’re doing worse than anyone could have imagined a few years ago, yet people seem increasingly to be accepting this miserable situation as the new normal.

How did this happen? There were multiple reasons, of course. But I’ve been thinking about this question a lot lately, in part because I’ve been asked to discuss a new assessment of Japan’s efforts to break out of its deflation trap. And I’d argue that an important source of failure was what I’ve taken to calling the timidity trap — the consistent tendency of policy makers who have the right ideas in principle to go for half-measures in practice, and the way this timidity ends up backfiring, politically and even economically.

In other words, Yeats had it right: the best lack all conviction, while the worst are full of passionate intensity.

About the worst: If you’ve been following economic debates these past few years, you know that both America and Europe have powerful pain caucuses — influential groups fiercely opposed to any policy that might put the unemployed back to work. There are some important differences between the U.S. and European pain caucuses, but both now have truly impressive track records of being always wrong, never in doubt.

Thus, in America, we have a faction both on Wall Street and in Congress that has spent five years and more issuing lurid warnings about runaway inflation and soaring interest rates. You might think that the failure of any of these dire predictions to come true would inspire some second thoughts, but, after all these years, the same people are still being invited to testify, and are still saying the same things.

Meanwhile, in Europe, four years have passed since the Continent turned to harsh austerity programs.

The architects of these programs told us not to worry about adverse impacts on jobs and growth — the economic effects would be positive, because austerity would inspire confidence.

Needless to say, the confidence fairy never appeared, and the economic and social price has been immense. But no matter: all the serious people say that the beatings must continue until morale improves.

So what has been the response of the good guys?

For there are good guys out there, people who haven’t bought into the notion that nothing can or should be done about mass unemployment. The Obama administration’s heart — or, at any rate, its economic model — is in the right place. The Federal Reserve has pushed back against the springtime-for-Weimar, inflation-is-coming crowd. The International Monetary Fund has put out research debunking claims that austerity is painless. But these good guys never seem willing to go all-in on their beliefs.

The classic example is the Obama stimulus, which was obviously underpowered given the economy’s dire straits. That’s not 20/20 hindsight. Some of us warned right from the beginning that the plan would be inadequate — and that because it was being oversold, the persistence of high unemployment would end up discrediting the whole idea of stimulus in the public mind. And so it proved.

What’s not as well known is that the Fed has, in its own way, done the same thing. From the start, monetary officials ruled out the kinds of monetary policies most likely to work — in particular, anything that might signal a willingness to tolerate somewhat higher inflation, at least temporarily. As a result, the policies they have followed have fallen short of hopes, and ended up leaving the impression that nothing much can be done.

And the same may be true even in Japan — the case that motivated this article. Japan has made a radical break with past policies, finally adopting the kind of aggressive monetary stimulus Western economists have been urging for 15 years and more. Yet there’s still a diffidence about the whole business, a tendency to set things like inflation targets lower than the situation really demands. And this increases the risk that Japan will fail to achieve “liftoff” — that the boost it gets from the new policies won’t be enough to really break free from deflation.

You might ask why the good guys have been so timid, the bad guys so self-confident. I suspect that the answer has a lot to do with class interests. But that will have to be a subject for another column.