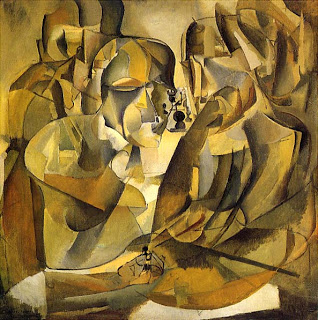 When Greece hit the skids almost four years ago, some analysts (myself included) thought that we might be seeing the beginning of the end for the euro, Europe’s common currency. Others were more optimistic, believing that tough love — temporary aid tied to reform — would soon produce recovery.

Both camps were wrong. What we actually got was a rolling crisis that never seems to reach any kind of resolution. Every time Europe seems ready to go over the edge, policy makers find a way to avoid complete disaster. But every time there are hints of true recovery, something else goes wrong.

And here we go again. Not long ago, European officials were declaring that the Continent had turned the corner, that market confidence was returning and growth was resuming. But now there’s a new source of concern, as the specter of deflation looms over much of Europe. And the debate over how to respond is turning seriously ugly.

Some background: The European Central Bank or E.C.B., Europe’s equivalent of the Federal Reserve, is supposed to keep inflation close to 2 percent. Why not zero? Several reasons, but the most important point right now is that an overall European inflation rate too close to zero would translate into actual deflation in the troubled economies of southern Europe. And deflation has nasty economic side effects, especially in countries already burdened by high debt.

So it’s a source of great concern that European inflation has started dropping far below target; over the past year, consumer prices rose only 0.7 percent, while “core” prices that exclude volatile food and energy costs rose only 0.8 percent.

Something had to be done, and last week the E.C.B. cut interest rates. As policy decisions go, this had the distinction of being both obviously appropriate and obviously inadequate: Europe’s economy clearly needs a boost, but the E.C.B.’s action will surely make, at best, a marginal difference. Still, it was a move in the right direction.

Yet the move was hugely controversial, both inside and outside the E.C.B. And the controversy took an ominous form, at least for anyone who remembers Europe’s terrible history. For arguments over European monetary policy aren’t just a battle of ideas; increasingly, they sound like a battle of nations, too.

For example, who voted against the rate cut? Both German members of the E.C.B. board, joined by the leaders of the Dutch and Austrian central banks. Who, outside the E.C.B., was harshest in criticizing the action? German economists, who made a point not just of attacking the substance of the bank’s action but of emphasizing the nationality of Mario Draghi, the bank’s president, who is Italian. The influential German economist Hans-Werner Sinn declared that Mr. Draghi was just trying to give Italy access to low-interest loans. The chief economist of the newsweekly WirtschaftsWoche called the rate cut a “diktat from a new Banca d’Italia, based in Frankfurt.”

Such insinuations are grossly unfair to Mr. Draghi, whose efforts to contain the euro crisis have been little short of heroic. I’d go so far as to say that the euro probably would have collapsed in 2011 or 2012 without his leadership. But never mind the personalities. What’s scary here is the way this is turning into the Teutons versus the Latins, with the euro — which was supposed to bring Europe together — pulling it apart instead.

What’s going on? Some of it is national stereotyping: the German public is eternally vigilant against the prospect that those lazy southern Europeans are going to make off with its hard-earned money. But there’s also a real issue here. Germans just hate inflation, but if the E.C.B. succeeds in getting average European inflation back up to around 2 percent, it will push inflation in Germany — which is booming even as other European nations suffer Depression-like levels of unemployment — substantially higher than that, maybe to 3 percent or more.

This may sound bad, but it’s how the euro is supposed to work. In fact, it’s the way it has to work. If you’re going to share a currency with other countries, sometimes you’re going to have above-average inflation. In the years before the global financial crisis, Germany had low inflation while countries like Spain had relatively high inflation. Now the rules of the game require that the roles be reversed, and the question is whether Germany is prepared to accept those rules. And the answer to that question isn’t clear.

The truly sad thing is that, as I said, the euro was supposed to bring Europe together, in ways both substantive and symbolic. It was supposed to encourage closer economic ties, even as it fostered a sense of shared identity. What we’re getting instead, however, is a climate of anger and disdain on the part of both creditors and debtors. And the end is still nowhere in sight.