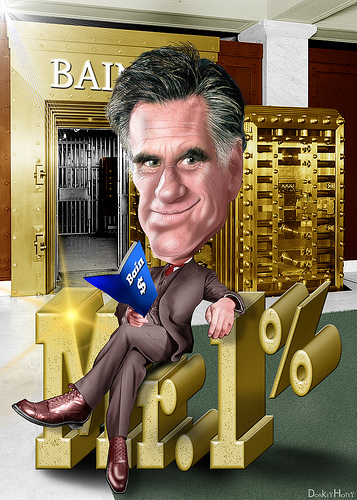 Mitt Romney talks a lot about jobs. But does he have a plan to create any? You can defend President Obama’s jobs record — recovery from a severe financial crisis is always difficult, and especially so when the opposition party does its best to block every policy initiative you propose.And things have definitely improved over the past year.

Still, unemployment remains high after all these years, and a candidate with a real plan to make things better could make a strong case for his election.

But Mr. Romney, it turns out, doesn’t have a plan; he’s just faking it. In saying that, I don’t mean that I disagree with his economic philosophy; I do, but that’s a separate point. I mean, instead, that Mr. Romney’s campaign is telling lies: claiming that its numbers add up when they don’t, claiming that independent studies support its position when those studies do no such thing.

Before I get there, however, let me take a minute to talk about Mr. Romney’s claim that he knows how to fix the economy because he’s been a successful businessman. That would be a dubious claim even if he were honestly representing his business career, because the skills needed to run a business and those needed to manage economic policy are very different. In any case, however, his portrait of his own experience is so misleading that it takes your breath away.

For Mr. Romney, who started as a business consultant and then moved into the heady world of private equity, insists on portraying himself as a plucky small businessman.

Ahem. It’s true that when Bain Capital started, it had only a handful of employees. But it had $37 million in funds, raised from sources that included wealthy Europeans investing through Panamanian shell companies and Central American oligarchs living in Miami while death squads associated with their families ravaged their home nations. Hey, doesn’t every plucky little start-up have access to that kind of financing?

But back to the Romney jobs plan. As many people have noted, the plan has five points but contains no specifics. Loosely speaking, however, it calls for a return to Bushonomics: tax cuts for the wealthy plus weaker environmental protection. And Mr. Romney says that the plan would create 12 million jobs over the next four years.

Where does that number come from? When pressed, the campaign cited three studies that it claimed supported its assertions. In fact, however, those studies did no such thing.

Just for the record, one study concluded that America might gain two million jobs if China stopped infringing on U.S. patents and other intellectual property; this would be nice, but Mr. Romney hasn’t proposed anything that would bring about that outcome. Another study suggested that growth in the energy sector might add three million jobs in the next few years — but these were predicted gains under current policy, that is, they would happen no matter who wins the election, not as a consequence of the Romney plan.

Finally, a third study examined the effects of the Romney tax plan and argued (implausibly, but that’s another issue) that it would lead to a large increase in the number of Americans who want to work. But how does that help cure a situation in which there are already millions more Americans seeking work than there are jobs available? It’s irrelevant to Mr. Romney’s claims.

What do Mr. Romney’s economic advisers actually believe? As best as I can tell, they’re placing their faith in the confidence fairy, in the belief that their candidate’s victory would inspire an employment boom without the need for any real change in policy. In fact, in his infamous Boca Raton “47 percent” remarks, Mr. Romney himself asserted that he would give a big boost to the economy simply by being elected, “without actually doing anything.” And what about the overwhelming evidence that our weak economy isn’t about confidence, it’s about the hangover from a terrible financial crisis? Never mind.

To summarize, then, the true Romney plan is to create an economic boom through the sheer power of Mr. Romney’s personal awesomeness. But the campaign doesn’t dare say that, for fear that voters would (rightly) consider it ridiculous. So what we’re getting instead is an attempt to brazen it out with nakedly false claims. There’s no jobs plan; just a plan for a snow job on the American people.