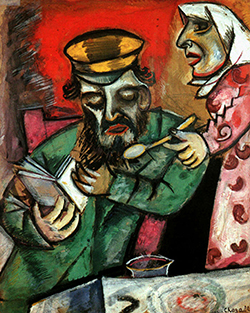 Mitt Romney has been barnstorming the country, telling voters that he has a five-point plan to restore prosperity. And some voters, alas, seem to believe what he’s saying. So President Obama has now responded with his own plan, a little blue booklet containing 27 policy proposals. How do these two plans stack up?

It’s a list of things he claims will happen, with no description of the policies he would follow to make those things happen. “We will cut the deficit and put America on track to a balanced budget,” he declares, but he refuses to specify which tax loopholes he would close to offset his $5 trillion in tax cuts.
Actually, if describing what you want to see happen without providing any specific policies to get us there constitutes a “plan,” I can easily come up with a one-point plan that trumps Mr. Romney any day. Here it is: Every American will have a good job with good wages. Also, a blissfully happy marriage. And a pony.
So Mr. Romney is faking it.

His real plan seems to be to foster economic recovery through magic, inspiring business confidence through his personal awesomeness. But what about the man he wants to kick out of the White House?
Well, Mr. Obama’s booklet comes a lot closer to being an actual plan. Where Mr. Romney says he’ll achieve energy independence, never mind how, Mr. Obama calls for concrete steps like raising fuel efficiency standards. Mr. Romney says, “We will give our fellow citizens the skills they need,” but says nothing about how he’ll make that happen, pivoting instead to a veiled endorsement of school vouchers; Mr. Obama calls for specific things like a program to recruit math and science teachers and partnerships between businesses and community colleges.

So, is Mr. Obama offering an inspiring vision for economic recovery? No, he isn’t. His economic agenda is relatively small-bore — a bunch of modest if sensible proposals rather than a big push. More important, it’s aimed at the medium term, the economy of 2020, rather than at the clear and pressing problems of the present.
Put it this way: If you didn’t know what was actually going on in the U.S. economy, you’d think from reading the Obama plan that America was a place where workers with the right skills were in high demand, so that our big problem was that not enough people have those skills. And five or 10 years from now, America might actually look like that. Right now, however, we’re still living in a depressed economy offering poor prospects for almost everyone, including the highly educated.

Indeed, these have been really bad years for recent college graduates, who all too often can’t find anyone willing to make use of their hard-won skills that were expensive to attain. Unemployment and underemployment among recent graduates surged between 2007 and 2010, while far too many highly trained young people found themselves working in low-skill jobs. The job market for skilled workers, like that for Americans in general, is now gradually improving. But it’s still far from normal.

The point is that America is still suffering from an overall lack of demand, the result of the severe debt and financial crisis that broke out before Mr. Obama took office. In a better world, the president would be proposing bold short-term moves to move us rapidly back to full employment. But he isn’t.
O.K., we all understand why. Voters have been told over and over again that the 2009 stimulus didn’t work (actually it did, but it wasn’t big enough), and a few days before a national election is no time to try to change that big a false belief. So all that the administration feels able to offer are measures that would, one hopes, modestly accelerate the recovery already under way.
It’s disappointing, to be sure. But a slow job is better than a snow job. Mr. Obama may not be as bold as we’d like, but he isn’t actively misleading voters the way Mr. Romney is. Furthermore, if we ask what Mr. Romney would probably do in practice, including sharp cuts in programs that aid the less well-off and the imposition of hard-money orthodoxy on the Federal Reserve, it looks like a program that might well derail the recovery and send us back into recession.

And you should never forget the broader policy context. Mr. Obama may not have an exciting economic plan, but, if he is re-elected, he will get to implement a health reform that is the biggest improvement in America’s safety net since Medicare. Mr. Romney doesn’t have an economic plan at all, but he is determined not just to repeal Obamacare but to impose savage cuts in Medicaid. So never mind all those bullet points. Think instead about the 45 million Americans who either will or won’t receive essential health care, depending on who wins on Nov. 6.