OSBORNE AND THE STOOGES 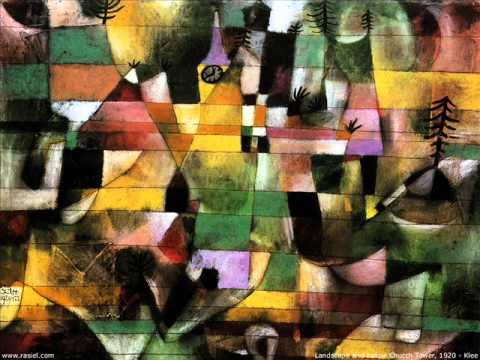 There was, I’m pretty sure, an episode of “The Three Stooges” in which Curly kept banging his head against a wall. When Moe asked him why, he replied, “Because it feels so good when I stop.”

Well, I thought it was funny. But I never imagined that Curly’s logic would one day become the main rationale that senior finance officials use to defend their disastrous policies.

Some background: In 2010, most of the world’s wealthy nations, although still deeply depressed in the wake of the financial crisis, turned to fiscal austerity: slashing spending and, in some cases, raising taxes in an effort to reduce budget deficits that had surged as their economies collapsed. Basic economics said that austerity in an already depressed economy would deepen the depression. But the “austerians,” as many of us began calling them, insisted that spending cuts would lead to economic expansion, because they would improve business confidence.

The result came as close to a controlled experiment as one ever gets in macroeconomics. Three years went by, and the confidence fairy never made an appearance. In Europe, where the austerian ideology took hold most firmly, the nascent economic recovery soon turned into a double-dip recession. In fact, at this point key measures of economic performance in both the euro area and Britain are lagging behind where they were at this stage of the Great Depression.

It’s true that the human cost has been nothing like what happened in the 1930s. But that’s thanks to government policies like employment protection and a strong social safety net — the very policies austerians insisted must be dismantled in the name of “structural reform.”

Was it really austerity that did the damage? Well, the correlation is very clear: the harsher the austerity, the worse the growth performance. Consider the case of Ireland, one of the first nations to impose extreme austerity, and widely cited in early 2010 as a role model. Three years later, after repeated declarations that its economy had turned the corner, Ireland still has double-digit unemployment, even though hundreds of thousands of working-age Irish citizens have emigrated.

The depressing effect of austerity in a slump is, in short, as clear a story as anything in the annals of economic history. But the austerians were never going to admit their error. (In my experience, almost nobody ever does.) And now they’ve seized on the latest data to claim vindication, after all. You see, some austerity countries have started growing again. Britain appears to be experiencing a significant bounce; Ireland has finally had a decent quarter; even Spain’s economy is showing faint signs of life. And the austerians are holding victory parades.

Perhaps the most brazen example is George Osborne, Britain’s chancellor of the Exchequer, and the prime mover behind his country’s austerity agenda. No sooner had positive growth numbers appeared than Mr. Osborne declared that “Those in favor of a Plan B” — that is, an alternative to austerity — “have lost the argument.”

O.K., let’s think about this claim, above and beyond the general observation that fluctuations over the course of a quarter or two generally don’t tell you much.

First of all, Britain’s recent growth doesn’t change the reality that almost six years have passed since the nation entered recession, and real G.D.P. is still below its previous peak. Taking the long view, that’s still a story of dismal failure — as I said, a track record worse than Britain’s performance in the Great Depression.

Second, it’s important to understand the history of austerity in Mr. Osborne’s Britain. His government spent its first two years doing big things: sharply reducing public investment, increasing the national sales tax, and more. After that it slowed the pace; it didn’t reverse austerity, but it didn’t make it much more severe than it already was.

And here’s the thing: Economies do tend to grow unless they keep being hit by adverse shocks. It’s not surprising, then, that the British economy eventually picked up once Mr. Osborne let up on the punishment.

But is this a vindication of his austerity policies? Only if you accept Three Stooges logic, in which it makes sense to keep banging your head against a wall because it feels good when you stop.

Now, I’m well aware that the austerians may win political points all the same. Political scientists tell us that voters are myopic, that they judge leaders based on economic growth in the year or so before an election, not on overall performance in office. So a government can preside over years of depression, yet win re-election if it can engineer an uptick late in the game.

But that’s politics. When it comes to economics, there’s only one possible answer to the absurd triumphalism of the austerians: Nyuk. Nyuk. Nyuk.