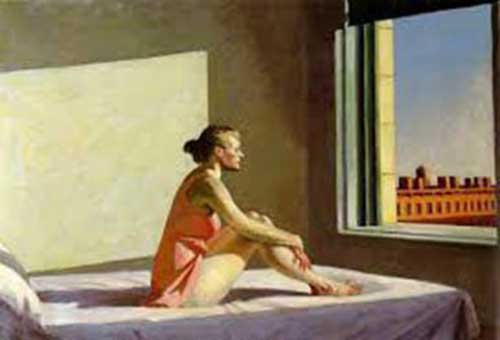 Everyone knows that the Obama administration’s domestic economic agenda is stalled in the face of scorched-earth opposition from Republicans. And that’s a bad thing: The U.S. economy would be in much better shape if Obama administration proposals like the American Jobs Act had become law.

It’s less well known that the administration’s international economic agenda is also stalled, for very different reasons. In particular, the centerpiece of that agenda — the proposed Trans-Pacific Partnership, or T.P.P. — doesn’t seem to be making much progress, thanks to a combination of negotiating difficulties abroad and bipartisan skepticism at home.

And you know what? That’s O.K. It’s far from clear that the T.P.P. is a good idea. It’s even less clear that it’s something on which President Obama should be spending political capital. I am in general a free trader, but I’ll be undismayed and even a bit relieved if the T.P.P. just fades away.

The first thing you need to know about trade deals in general is that they aren’t what they used to be. The glory days of trade negotiations — the days of deals like the Kennedy Round of the 1960s, which sharply reduced tariffs around the world — are long behind us.

Why? Basically, old-fashioned trade deals are a victim of their own success: there just isn’t much more protectionism to eliminate. Average U.S. tariff rates have fallen by two-thirds since 1960. The most recent report on American import restraints by the International Trade Commission puts their total cost at less than 0.01 percent of G.D.P.

Implicit protection of services — rules and regulations that have the effect of, say, blocking foreign competition in insurance — surely impose additional costs. But the fact remains that, these days, “trade agreements” are mainly about other things. What they’re really about, in particular, is property rights — things like the ability to enforce patents on drugs and copyrights on movies. And so it is with T.P.P.

There’s a lot of hype about T.P.P., from both supporters and opponents. Supporters like to talk about the fact that the countries at the negotiating table comprise around 40 percent of the world economy, which they imply means that the agreement would be hugely significant. But trade among these players is already fairly free, so the T.P.P. wouldn’t make that much difference.

Meanwhile, opponents portray the T.P.P. as a huge plot, suggesting that it would destroy national sovereignty and transfer all the power to corporations. This, too, is hugely overblown. Corporate interests would get somewhat more ability to seek legal recourse against government actions, but, no, the Obama administration isn’t secretly bargaining away democracy.

What the T.P.P. would do, however, is increase the ability of certain corporations to assert control over intellectual property. Again, think drug patents and movie rights.

Is this a good thing from a global point of view? Doubtful. The kind of property rights we’re talking about here can alternatively be described as legal monopolies. True, temporary monopolies are, in fact, how we reward new ideas; but arguing that we need even more monopolization is very dubious — and has nothing at all to do with classical arguments for free trade.

[/quote]
Now, the corporations benefiting from enhanced control over intellectual property would often be American. But this doesn’t mean that the T.P.P. is in our national interest. What’s good for Big Pharma is by no means always good for America.

In short, there isn’t a compelling case for this deal, from either a global or a national point of view. Nor does there seem to be anything like a political consensus in favor, abroad or at home.

Abroad, the news from the latest meeting of negotiators sounds like what you usually hear when trade talks are going nowhere: assertions of forward movement but nothing substantive. At home, both Harry Reid, the Senate majority leader, and Nancy Pelosi, the top Democrat in the House, have come out against giving the president crucial “fast-track” authority, meaning that any agreement can receive a clean, up-or-down vote.
So what I wonder is why the president is pushing the T.P.P. at all. The economic case is weak, at best, and his own party doesn’t like it. Why waste time and political capital on this project?

My guess is that we’re looking at a combination of Beltway conventional wisdom — Very Serious People always support entitlement cuts and trade deals — and officials caught in a 1990s time warp, still living in the days when New Democrats tried to prove that they weren’t old-style liberals by going all in for globalization. Whatever the motivations, however, the push for T.P.P. seems almost weirdly out of touch with both economic and political reality.

So don’t cry for T.P.P. If the big trade deal comes to nothing, as seems likely, it will be, well, no big deal