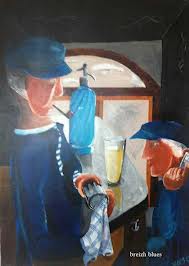 Ten years ago, America invaded Iraq; somehow, our political class decided that we should respond to a terrorist attack by making war on a regime that, however vile, had nothing to do with that attack. Some voices warned that we were making a terrible mistake — that the case for war was weak and possibly fraudulent, and that far from yielding the promised easy victory, the venture was all too likely to end in costly grief. And those warnings were, of course, right.

There were, it turned out, no weapons of mass destruction; it was obvious in retrospect that the Bush administration deliberately misled the nation into war. And the war — having cost thousands of American lives and scores of thousands of Iraqi lives, having imposed financial costs vastly higher than the war’s boosters predicted — left America weaker, not stronger, and ended up creating an Iraqi regime that is closer to Tehran than it is to Washington.

So did our political elite and our news media learn from this experience? It sure doesn’t look like it.

The really striking thing, during the run-up to the war, was the illusion of consensus. To this day, pundits who got it wrong excuse themselves on the grounds that “everyone” thought that there was a solid case for war. Of course, they acknowledge, there were war opponents — but they were out of the mainstream.

The trouble with this argument is that it was and is circular: support for the war became part of the definition of what it meant to hold a mainstream opinion. Anyone who dissented, no matter how qualified, was ipso facto labeled as unworthy of consideration. This was true in political circles; it was equally true of much of the press, which effectively took sides and joined the war party.

CNN’s Howard Kurtz, who was at The Washington Post at the time, recently wrote about how this process worked, how skeptical reporting, no matter how solid, was discouraged and rejected. “Pieces questioning the evidence or rationale for war,” he wrote, “were frequently buried, minimized or spiked.”

Closely associated with this taking of sides was an exaggerated and inappropriate reverence for authority. Only people in positions of power were considered worthy of respect. Mr. Kurtz tells us, for example, that The Post killed a piece on war doubts by its own senior defense reporter on the grounds that it relied on retired military officials and outside experts — “in other words, those with sufficient independence to question the rationale for war.”

All in all, it was an object lesson in the dangers of groupthink, a demonstration of how important it is to listen to skeptical voices and separate reporting from advocacy. But as I said, it’s a lesson that doesn’t seem to have been learned. Consider, as evidence, the deficit obsession that has dominated our political scene for the past three years.

Now, I don’t want to push the analogy too far. Bad economic policy isn’t the moral equivalent of a war fought on false pretenses, and while the predictions of deficit scolds have been wrong time and again, there hasn’t been any development either as decisive or as shocking as the complete failure to find weapons of mass destruction. Best of all, these days dissenters don’t operate in the atmosphere of menace, the sense that raising doubts could have devastating personal and career consequences, that was so pervasive in 2002 and 2003. (Remember the hate campaign against the Dixie Chicks?)

But now as then we have the illusion of consensus, an illusion based on a process in which anyone questioning the preferred narrative is immediately marginalized, no matter how strong his or her credentials. And now as then the press often seems to have taken sides. It has been especially striking how often questionable assertions are reported as fact. How many times, for example, have you seen news articles simply asserting that the United States has a “debt crisis,” even though many economists would argue that it faces no such thing?

In fact, in some ways the line between news and opinion has been even more blurred on fiscal issues than it was in the march to war. As The Post’s Ezra Klein noted last month, it seems that “the rules of reportorial neutrality don’t apply when it comes to the deficit.”

What we should have learned from the Iraq debacle was that you should always be skeptical and that you should never rely on supposed authority. If you hear that “everyone” supports a policy, whether it’s a war of choice or fiscal austerity, you should ask whether “everyone” has been defined to exclude anyone expressing a different opinion. And policy arguments should be evaluated on the merits, not by who expresses them; remember when Colin Powell assured us about those Iraqi W.M.D.’s?

Unfortunately, as I said, we don’t seem to have learned those lessons. Will we ever?