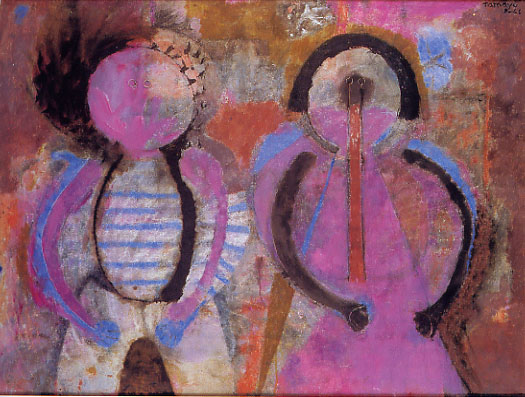 The great bulk of the economic commentary you read in the papers is focused on the short run: the effects of the “fiscal cliff” on U.S. recovery, the stresses on the euro, Japan’s latest attempt to break out of deflation.

This focus is understandable, since one global depression can ruin your whole day. But our current travails will eventually end. What do we know about the prospects for long-run prosperity?

The answer is: less than we think.
The long-term projections produced by official agencies, like the Congressional Budget Office, generally make two big assumptions. One is that economic growth over the next few decades will resemble growth over the past few decades. In particular, productivity — the key driver of growth — is projected to rise at a rate not too different from its average growth since the 1970s. On the other side, however, these projections generally assume that income inequality, which soared over the past three decades, will increase only modestly looking forward.
It’s not hard to understand why agencies make these assumptions. Given how little we know about long-run growth, simply assuming that the future will resemble the past is a natural guess. On the other hand, if income inequality continues to soar, we’re looking at a dystopian, class-warfare future — not the kind of thing government agencies want to contemplate.
Yet this conventional wisdom is very likely to be wrong on one or both dimensions.
Recently, Robert Gordon of Northwestern University created a stir by arguing that economic growth is likely to slow sharply — indeed, that the age of growth that began in the 18th century may well be drawing to an end.
Mr. Gordon points out that long-term economic growth hasn’t been a steady process; it has been driven by several discrete “industrial revolutions,” each based on a particular set of technologies. The first industrial revolution, based largely on the steam engine, drove growth in the late-18th and early-19th centuries. The second, made possible, in large part, by the application of science to technologies such as electrification, internal combustion and chemical engineering, began circa 1870 and drove growth into the 1960s. The third, centered around information technology, defines our current era.
And, as Mr. Gordon correctly notes, the payoffs so far to the third industrial revolution, while real, have been far smaller than those to the second. Electrification, for example, was a much bigger deal than the Internet.
It’s an interesting thesis, and a useful counterweight to all the gee-whiz glorification of the latest tech. And while I don’t think he’s right, the way in which he’s probably wrong has implications equally destructive of conventional wisdom. For the case against Mr. Gordon’s techno-pessimism rests largely on the assertion that the big payoff to information technology, which is just getting started, will come from the rise of smart machines.
If you follow these things, you know that the field of artificial intelligence has for decades been a frustrating underachiever, as it proved incredibly hard for computers to do things every human being finds easy, like understanding ordinary speech or recognizing different objects in a picture. Lately, however, the barriers seem to have fallen — not because we’ve learned to replicate human understanding, but because computers can now yield seemingly intelligent results by searching for patterns in huge databases.
True, speech recognition is still imperfect; according to the software, one irate caller informed me that I was “fall issue yet.” But it’s vastly better than it was just a few years ago, and has already become a seriously useful tool. Object recognition is a bit further behind: it’s still a source of excitement that a computer network fed images from YouTube spontaneously learned to identify cats. But it’s not a large step from there to a host of economically important applications.
So machines may soon be ready to perform many tasks that currently require large amounts of human labor. This will mean rapid productivity growth and, therefore, high overall economic growth.
But — and this is the crucial question — who will benefit from that growth? Unfortunately, it’s all too easy to make the case that most Americans will be left behind, because smart machines will end up devaluing the contribution of workers, including highly skilled workers whose skills suddenly become redundant. The point is that there’s good reason to believe that the conventional wisdom embodied in long-run budget projections — projections that shape almost every aspect of current policy discussion — is all wrong.
What, then, are the implications of this alternative vision for policy? Well, I’ll have to address that topic in a future column.