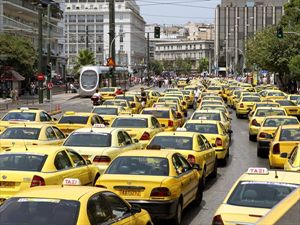 A few days ago, I read an authoritative-sounding paper in The American Economic Review, one of the leading journals in the field, arguing at length that the nation’s high unemployment rate had deep structural roots and wasn’t amenable to any quick solution.

The author’s diagnosis was that the U.S. economy just wasn’t flexible enough to cope with rapid technological change. The paper was especially critical of programs like unemployment insurance, which it argued actually hurt workers because they reduced the incentive to adjust.

O.K., there’s something I didn’t tell you: The paper in question was published in June 1939. Just a few months later, World War II broke out, and the United States — though not yet at war itself — began a large military buildup, finally providing fiscal stimulus on a scale commensurate with the depth of the slump. And, in the two years after that article about the impossibility of rapid job creation was published, U.S. nonfarm employment rose 20 percent — the equivalent of creating 26 million jobs today.

So now we’re in another depression, not as bad as the last one, but bad enough. And, once again, authoritative-sounding figures insist that our problems are “structural,” that they can’t be fixed quickly. We must focus on the long run, such people say, believing that they are being responsible. But the reality is that they’re being deeply irresponsible.

What does it mean to say that we have a structural unemployment problem? The usual version involves the claim that American workers are stuck in the wrong industries or with the wrong skills. A widely cited recent article by Raghuram Rajan of the University of Chicago asserts that the problem is the need to move workers out of the “bloated” housing, finance and government sectors.

Actually, government employment per capita has been more or less flat for decades, but never mind — the main point is that contrary to what such stories suggest, job losses since the crisis began haven’t mainly been in industries that arguably got too big in the bubble years. Instead, the economy has bled jobs across the board, in just about every sector and every occupation, just as it did in the 1930s. Also, if the problem was that many workers have the wrong skills or are in the wrong place, you’d expect workers with the right skills in the right place to be getting big wage increases; in reality, there are very few winners in the work force.

All of this strongly suggests that we’re suffering not from the teething pains of some kind of structural transition that must gradually run its course but rather from an overall lack of sufficient demand — the kind of lack that could and should be cured quickly with government programs designed to boost spending.

So what’s with the obsessive push to declare our problems “structural”? And, yes, I mean obsessive. Economists have been debating this issue for several years, and the structuralistas won’t take no for an answer, no matter how much contrary evidence is presented.

The answer, I’d suggest, lies in the way claims that our problems are deep and structural offer an excuse for not acting, for doing nothing to alleviate the plight of the unemployed.

Of course, structuralistas say they are not making excuses. They say that their real point is that we should focus not on quick fixes but on the long run — although it’s usually far from clear what, exactly, the long-run policy is supposed to be, other than the fact that it involves inflicting pain on workers and the poor.

Anyway, John Maynard Keynes had these peoples’ number more than 80 years ago. “But this long run,” he wrote, “is a misleading guide to current affairs. In the long run we are all dead. Economists set themselves too easy, too useless a task if in tempestuous seasons they can only tell us that when the storm is long past the sea is flat again.”

I would only add that inventing reasons not to do anything about current unemployment isn’t just cruel and wasteful, it’s bad long-run policy, too. For there is growing evidence that the corrosive effects of high unemployment will cast a shadow over the economy for many years to come. Every time some self-important politician or pundit starts going on about how deficits are a burden on the next generation, remember that the biggest problem facing young Americans today isn’t the future burden of debt — a burden, by the way, that premature spending cuts probably make worse, not better. It is, rather, the lack of jobs, which is preventing many graduates from getting started on their working lives.

So all this talk about structural unemployment isn’t about facing up to our real problems; it’s about avoiding them, and taking the easy, useless way out. And it’s time for it to stop