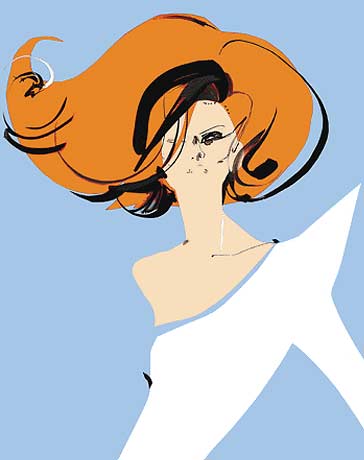 In the spring of 2010, fiscal austerity became fashionable. I use the term advisedly: the sudden consensus among Very Serious People that everyone must balance budgets now now now wasn’t based on any kind of careful analysis. It was more like a fad, something everyone professed to believe because that was what the in-crowd was saying.

And it’s a fad that has been fading lately, as evidence has accumulated that the lessons of the past remain relevant, that trying to balance budgets in the face of high unemployment and falling inflation is still a really bad idea. Most notably, the confidence fairy has been exposed as a myth. There have been widespread claims that deficit-cutting actually reduces unemployment because it reassures consumers and businesses; but multiple studies of historical record, including one by the International Monetary Fund, have shown that this claim has no basis in reality.

No widespread fad ever passes, however, without leaving some fashion victims in its wake. In this case, the victims are the people of Britain, who have the misfortune to be ruled by a government that took office at the height of the austerity fad and won’t admit that it was wrong.

Britain, like America, is suffering from the aftermath of a housing and debt bubble. Its problems are compounded by London’s role as an international financial center: Britain came to rely too much on profits from wheeling and dealing to drive its economy — and on financial-industry tax payments to pay for government programs.

Over-reliance on the financial industry largely explains why Britain, which came into the crisis with relatively low public debt, has seen its budget deficit soar to 11 percent of G.D.P. — slightly worse than the U.S. deficit. And there’s no question that Britain will eventually need to balance its books with spending cuts and tax increases.

The operative word here should, however, be “eventually.” Fiscal austerity will depress the economy further unless it can be offset by a fall in interest rates. Right now, interest rates in Britain, as in America, are already very low, with little room to fall further. The sensible thing, then, is to devise a plan for putting the nation’s fiscal house in order, while waiting until a solid economic recovery is under way before wielding the ax.

But trendy fashion, almost by definition, isn’t sensible — and the British government seems determined to ignore the lessons of history.
Both the new British budget announced on Wednesday and the rhetoric that accompanied the announcement might have come straight from the desk of Andrew Mellon, the Treasury secretary who told President Herbert Hoover to fight the Depression by liquidating the farmers, liquidating the workers, and driving down wages. Or if you prefer more British precedents, it echoes the Snowden budget of 1931, which tried to restore confidence but ended up deepening the economic crisis.

The British government’s plan is bold, say the pundits — and so it is. But it boldly goes in exactly the wrong direction. It would cut government employment by 490,000 workers — the equivalent of almost three million layoffs in the United States — at a time when the private sector is in no position to provide alternative employment. It would slash spending at a time when private demand isn’t at all ready to take up the slack.

Why is the British government doing this? The real reason has a lot to do with ideology: the Tories are using the deficit as an excuse to downsize the welfare state. But the official rationale is that there is no alternative.
Indeed, there has been a noticeable change in the rhetoric of the government of Prime Minister David Cameron over the past few weeks — a shift from hope to fear. In his speech announcing the budget plan, George Osborne, the chancellor of the Exchequer, seemed to have given up on the confidence fairy — that is, on claims that the plan would have positive effects on employment and growth.

Instead, it was all about the apocalypse looming if Britain failed to go down this route. Never mind that British debt as a percentage of national income is actually below its historical average; never mind that British interest rates stayed low even as the nation’s budget deficit soared, reflecting the belief of investors that the country can and will get its finances under control. Britain, declared Mr. Osborne, was on the “brink of bankruptcy.”

What happens now? Maybe Britain will get lucky, and something will come along to rescue the economy. But the best guess is that Britain in 2011 will look like Britain in 1931, or the United States in 1937, or Japan in 1997. That is, premature fiscal austerity will lead to a renewed economic slump. As always, those who refuse to learn from the past are doomed to repeat it.