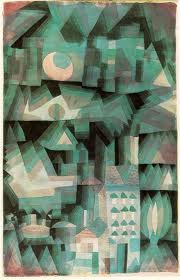 Bubbles can be bad for your financial health — and bad for the health of the economy, too. The dot-com bubble of the late 1990s left behind many vacant buildings and many more failed dreams. When the housing bubble of the next decade burst, the result was the greatest economic crisis since the 1930s — a crisis from which we have yet to emerge.

So when people talk about bubbles, you should listen carefully and evaluate their claims — not scornfully dismiss them, which was the way many self-proclaimed experts reacted to warnings about housing.
And there’s a lot of bubble talk out there right now. Much of it is about an alleged bond bubble that is supposedly keeping bond prices unrealistically high and interest rates — which move in the opposite direction from bond prices — unrealistically low. But the rising Dow has raised fears of a stock bubble, too.
So do we have a major bond and/or stock bubble? On bonds, I’d say definitely not. On stocks, probably not, although I’m not as certain.
What is a bubble, anyway? Surprisingly, there’s no standard definition. But I’d define it as a situation in which asset prices appear to be based on implausible or inconsistent views about the future. Dot-com prices in 1999 made sense only if you believed that many companies would all turn out to be a Microsoft; housing prices in 2006 only made sense if you believed that home prices could keep rising much faster than buyers’ incomes for years to come.
Is there anything comparable going on in today’s bond market? Well, the interest rate on long-term bonds depends mainly on the expected path of short-term interest rates, which are controlled by the Federal Reserve. You don’t want to buy a 10-year bond at less than 2 percent, the current going rate, if you believe that the Fed will be raising short-term rates to 4 percent or 5 percent in the not-too-distant future.
But why, exactly, should you believe any such thing? The Fed normally cuts rates when unemployment is high and inflation is low — which is the situation today. True, it can’t cut rates any further because they’re already near zero and can’t go lower. (Otherwise investors would just sit on cash.) But it’s hard to see why the Fed should raise rates until unemployment falls a lot and/or inflation surges, and there’s no hint in the data that anything like that is going to happen for years to come.
Why, then, all the talk of a bond bubble? Partly it reflects the correct observation that interest rates are very low by historical standards. What you need to bear in mind, however, is that the economy is also in especially terrible shape by historical standards — once-in-three-generations terrible. The usual rules about what constitutes a reasonable level of interest rates don’t apply.
There’s also, one has to say, an element of wishful thinking here. For whatever reason, many people in the financial industry have developed a deep hatred for Ben Bernanke, the Fed chairman, and everything he does; they want his easy-money policies ended, and they also want to see those policies fail in some spectacular fashion. As it turns out, however, dislike for bearded Princeton professors is not a good basis for investment strategy.
And one should never forget the example of Japan, where bets against government bonds — justified by more or less the same arguments currently made to justify claims of a U.S. bond bubble — ended in grief so often that the whole trade came to be known as the “widow maker.” At this point, Japan’s debt is well over twice its G.D.P., its budget deficit remains large, and the interest rate on 10-year bonds is 0.6 percent. No, that’s not a misprint.
O.K., what about stocks? Major stock indexes are now higher than they were at the end of the 1990s, which can sound ominous. It sounds a lot less ominous, however, when you learn that corporate profits — which are, after all, what stocks are shares in — are more than two-and-a-half times higher than they were when the 1990s bubble burst. Also, with bond yields so low, you would expect investors to move into stocks, driving their prices higher.
All in all, the case for significant bubbles in stocks or, especially, bonds is weak. And that conclusion matters for policy as well as investment.
For one important subtext of all the recent bubble rhetoric is the demand that Mr. Bernanke and his colleagues stop trying to fight mass unemployment, that they must cease and desist their efforts to boost the economy or dire consequences will follow. In fact, however, there isn’t any case for believing that we face any broad bubble problem, let alone that worrying about hypothetical bubbles should take precedence over the task of getting Americans back to work. Mr. Bernanke should brush aside the babbling barons of bubbleism, and get on with doing his job.