A WAR ON THE POOR 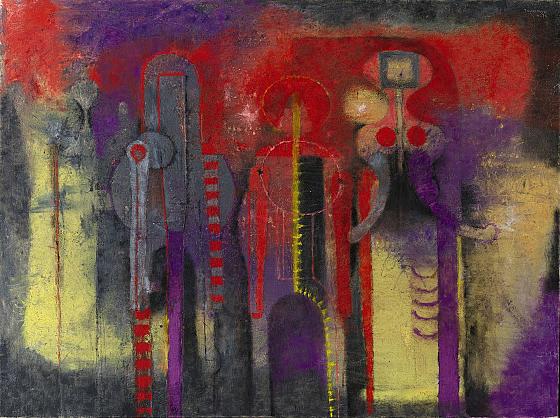 John Kasich, the Republican governor of Ohio, has done some surprising things lately. First, he did an end run around his state’s Legislature — controlled by his own party — to proceed with the federally funded expansion of Medicaid that is an important piece of Obamacare.

Then, defending his action, he let loose on his political allies, declaring, “I’m concerned about the fact there seems to be a war on the poor. That, if you’re poor, somehow you’re shiftless and lazy.”
Obviously Mr. Kasich isn’t the first to make this observation. But the fact that it’s coming from a Republican in good standing (although maybe not anymore), indeed someone who used to be known as a conservative firebrand, is telling. Republican hostility toward the poor and unfortunate has now reached such a fever pitch that the party doesn’t really stand for anything else — and only willfully blind observers can fail to see that reality.

The big question is why. But, first, let’s talk a bit more about what’s eating the right.

I still sometimes see pundits claiming that the Tea Party movement is basically driven by concerns about budget deficits. That’s delusional. Read the founding rant by Rick Santelli of CNBC: There’s nary a mention of deficits. Instead, it’s a tirade against the possibility that the government might help “losers” avoid foreclosure. Or read transcripts from Rush Limbaugh or other right-wing talk radio hosts. There’s not much about fiscal responsibility, but there’s a lot about how the government is rewarding the lazy and undeserving.

Republicans in leadership positions try to modulate their language a bit, but it’s a matter more of tone than substance. They’re still clearly passionate about making sure that the poor and unlucky get as little help as possible, that — as Representative Paul Ryan, the chairman of the House Budget Committee, put it — the safety net is becoming “a hammock that lulls able-bodied people to lives of dependency and complacency.” And Mr. Ryan’s budget proposals involve savage cuts in safety-net programs such as food stamps and Medicaid.

All of this hostility to the poor has culminated in the truly astonishing refusal of many states to participate in the Medicaid expansion. Bear in mind that the federal government would pay for this expansion, and that the money thus spent would benefit hospitals and the local economy as well as the direct recipients. But a majority of Republican-controlled state governments are, it turns out, willing to pay a large economic and fiscal price in order to ensure that aid doesn’t reach the poor.

The thing is, it wasn’t always this way. Go back for a moment to 1936, when Alf Landon received the Republican nomination for president. In many ways, Landon’s acceptance speech previewed themes taken up by modern conservatives. He lamented the incompleteness of economic recovery and the persistence of high unemployment, and he attributed the economy’s lingering weakness to excessive government intervention and the uncertainty he claimed it created.

But he also said this: “Out of this Depression has come, not only the problem of recovery but also the equally grave problem of caring for the unemployed until recovery is attained. Their relief at all times is a matter of plain duty. We of our Party pledge that this obligation will never be neglected.”

Can you imagine a modern Republican nominee saying such a thing? Not in a party committed to the view that unemployed workers have it too easy, that they’re so coddled by unemployment insurance and food stamps that they have no incentive to go out there and get a job.

So what’s this all about? One reason, the sociologist Daniel Little suggested in a recent essay, is market ideology: If the market is always right, then people who end up poor must deserve to be poor. I’d add that some leading Republicans are, in their minds, acting out adolescent libertarian fantasies. “It’s as if we’re living in an Ayn Rand novel right now,” declared Paul Ryan in 2009.

But there’s also, as Mr. Little says, the stain that won’t go away: race.

In a much-cited recent memo, Democracy Corps, a Democratic-leaning public opinion research organization, reported on the results of focus groups held with members of various Republican factions. They found the Republican base “very conscious of being white in a country that is increasingly minority” — and seeing the social safety net both as something that helps Those People, not people like themselves, and binds the rising nonwhite population to the Democratic Party. And, yes, the Medicaid expansion many states are rejecting would disproportionately have helped poor blacks.

So there is indeed a war on the poor, coinciding with and deepening the pain from a troubled economy. And that war is now the central, defining issue of American politics.