THE U.S.A AND THE MIDDLE EAST IN THE 21st CENTURY 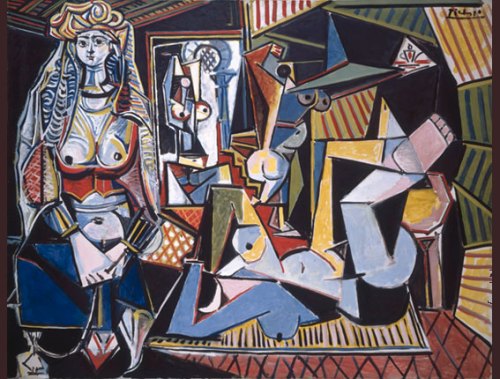 Events since the terrorists’ attacks of September 11, 2001, have dramatically and drastically changed the political environment in the Arab and Muslims worlds, a vast diverse region incorporating the band of nation-states with significant religious Muslim population that extends from western Africa to the southern Philippines, as well as Arab and Muslim communities and diasporas stretching throughout the globe.

The United States are concerned with three types of serious threats to U.S. national interests.

•    Direct physical threats against American citizens and military/diplomatic installations
•    Serious political destabilization of friendly nation-states in the Arab and Muslim worlds
•    Significant growth of anti-American, anti-Western, and antidemocratic ideologies in the Middle East and in the wider Arab and Muslim Worlds.

Preventing direct threats against the various American interests is the aim of the global war on terrorism with the defeat of Al Qaeda and related terror networks the paramount U.S. national security priority. The Bush administration in 2002 in the “National Security Strategy of the United States of America” declared that the United States of America is combating a war against brutal terrorists of global reach. The enemy is not a single political regime, or government, or person or religion or political ideology. The main enemy is terrorism premeditated political motivated violence perpetrated against innocents.

Cooperation in fighting terrorism and its networks is therefore a very critical component of the U.S. diplomatic relations with the various Arab and Muslim countries, but it is not the only element. Beyond the problem of terrorism lies the crucial issue of the future socio-political shape and form of the Arab and Muslim worlds and whether these religious and political worlds will be amicable to U.S. interests, values, and democratic ideas.

Political destabilization of friendly but authoritarian nation-states poses a very serious and complex set of dilemmas and challenges. Statesmen, diplomats, and scholars of the realist school of thought, who directs and influences the U.S. policies and decision-making toward the Arab and Muslim worlds, valued regime stability nearly above democratic values and ideas.  At the end of the 1991 Gulf War, serious fear and concern of the strategic consequences of the political destabilization of Iraq informed the George Bush administration’s decision to stop short of toppling Saddam Hussein and to permit him to crush the Kurdish and Shiite revolts. For the following decade both the Bush and Clinton administrations had to live with the serious consequences of that military decision.

Because of that dramatic geostrategic experience, some policymakers now support and vigorously promote that American national interest are sometimes better safeguarded or even protected by regime change in antithetical brutal authoritarian regimes. President George W. Bush faced that dilemma of regime change in Iraq and President Barrack Obama encounters that dilemma in Tunisia, Egypt, Libya, and Syria with the emergence of the Arabic Spring.

Obviously in some cases, promote for regime change is clearly a suitable socio-political option. There is little question, for example, that most alternatives to the current suppressive Iranian theocratic government would create a government more respectful of the Iranian people’s political and human rights, less likely to pursue and finish with the development of nuclear weapons or to support or finance vicious terrorist groups or causes, and more favorable positioned toward cooperation with the American administration and other democratic countries.

This specific policy questions relate to the cost-benefit calculus implicit in any set of United States military or diplomatic actions adopted to bolster and promote viable democratic change.

It is evident differentiating between political transitions from authoritarianism to democracy that can be expected to lead to more pluralistic and republic political regimes and those that probably that lead to more repressive and regressive political systems is more difficult in the case of friendly authoritarian nation-states. This demands a more fine-grained analysis of the relative strengths and long-term aims of the socio-political forces at play in the region.

The best-case political scenario in the process of democratization of friendly authoritarian countries assumes that a socio-political transition from authoritarianism, although in the beginning disruptive and difficult, will create a more democratic and benign political environment over the long term. Thus, a democratic or democratizing Arab and Muslim worlds would significantly reduce or even remove of the structural social and political causes of Islamic extremism and anti-Americanism.

Nonetheless, pushing political change in friendly authoritarian or dictatorial regimes could be significantly destabilizing in short term, specifically in the absence of democratic political alternatives and strong civil society institutions and values. The removal of the Shah of Iran is a very cautionary study case. Furthermore, Algeria is a story of democratic transition that in the end generated an Islamist electoral majority, but instead of directing the Algerian socio-political system toward more inclusive politics, it produced a military crackdown and a radical Islamist insurgency of significance and unprecedented violence. In Egypt the Mubarak administration’s tactics drove the political opposition into underground. In 2011, under the banner of the Arabic Spring the Mubarak regime collapsed. It is ambiguous if Egypt will become more democratic.

In the Saudi Arabia, the most serious socio-political menace to the regime’s stability and survival comes from religious Islamic radicals supporting a more extreme version of the official religious/political ideology. Last but not least in Pakistan, an ambiguous ally in the U.S. counterterrorism and counterinsurgency strategies, extreme religious Islamic groups threaten the fragile democracy.

It is evident that is extremely difficult in forecasting the consequences of regime change may generated from a failure to comprehend the growth of political ideologies drastically opposed to American national interests, values, democratic ideas, and policies. The American government has a difficult road ahead to promote democratic ideas in the Middle East and in the wider Arab and Muslim worlds and to persuade other American allies mainly in Europe to support that sensitive and important task ahead. One way is United States to sustain a significantly military force in the region that reflects the American commitments to her allies and her military interests. It is evident that America will be the sole catalyst for democratization in these sensitive aforementioned areas.