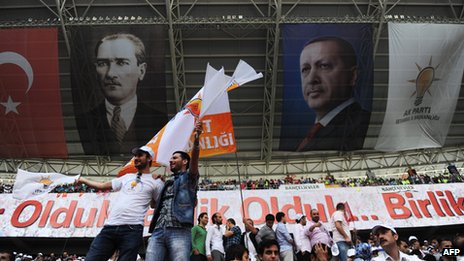 O.K., who ordered that? With everything else going on, the last thing we needed was a new economic crisis in a country already racked by political turmoil. True, the direct global spillovers from Turkey, with its Los Angeles-sized economy, won’t be large. But we’re hearing that dreaded word “contagion” — the kind of contagion that once caused a crisis in Thailand to spread across Asia, more recently caused a crisis in Greece to spread across Europe, and now, everyone worries, might cause Turkey’s troubles to spread across the world’s emerging markets.

It is, in many ways, a familiar story. But that’s part of what makes it so disturbing: Why do we keep having these crises? And here’s the thing: The intervals between crises seem to be getting shorter, and the fallout from each crisis seems to be worse than the last. What’s going on?

Before I get to Turkey, a brief history of global financial crises.

For a generation after World War II, the world financial system was, by modern standards, remarkably crisis-free — probably because most countries placed restrictions on cross-border capital flows, so that international borrowing and lending were limited. In the late 1970s, however, deregulation and rising banker aggressiveness led to a surge of funds into Latin America, followed by what’s known in the trade as a “sudden stop” in 1982 — and a crisis that led to a decade of economic stagnation.

Latin America eventually returned to growth (although Mexico had a nasty relapse in 1994), but, in the 1990s, a bigger version of the same story unfolded in Asia: Huge money inflows followed by a sudden stop and economic implosion. Some of the Asian economies bounced back quickly, but investment never fully recovered, and neither did growth.

Most recently, yet another version of the story has played out within Europe, with a rush of money into Greece, Spain and Portugal, followed by a sudden stop and immense economic pain.

As I said, although the outline of the story remains the same, the effects keep getting worse. Real output fell 4 percent during Mexico’s crisis of 1981-83; it fell 14 percent in Indonesia from 1997 to 1998; it has fallen more than 23 percent in Greece.

So is an even worse crisis brewing? The fundamentals are slightly reassuring; Turkey, in particular, has low government debt, and while businesses have borrowed a lot from abroad, the overall financial situation doesn’t look that bad. But each previous crisis defied sanguine expectations. And the same forces that sent money sloshing into Turkey also make the world economy as a whole highly vulnerable.

You may or may not have heard that there’s a big debate among economists about whether we face “secular stagnation.” What’s that? Well, one way to describe it is as a situation in which the amount people want to save exceeds the volume of investments worth making.

When that’s true, you have one of two outcomes. If investors are being cautious and prudent, we are collectively, in effect, trying to spend less than our income, and since my spending is your income and your spending is my income, the result is a persistent slump.

Alternatively, flailing investors — frustrated by low returns and desperate for yield — can delude themselves, pouring money into ill-conceived projects, be they subprime lending or capital flows to emerging markets. This can boost the economy for a while, but eventually investors face reality, the money dries up and pain follows.

If this is a good description of our situation, and I believe it is, we now have a world economy destined to seesaw between bubbles and depression. And that’s not an encouraging thought as we watch what looks like an emerging-markets bubble burst.

The larger point is that Turkey isn’t really the problem; neither are South Africa, Russia, Hungary, India, and whoever else is getting hit right now. The real problem is that the world’s wealthy economies — the United States, the euro area, and smaller players, too — have failed to deal with their own underlying weaknesses. Most obviously, faced with a private sector that wants to save too much and invest too little, we have pursued austerity policies that deepen the forces of depression. Worse yet, all indications are that, by allowing unemployment to fester, we’re depressing our long-run as well as short-run growth prospects, which will depress private investment even more.

Oh, and much of Europe is already at risk of a Japanese-style deflationary trap. An emerging-markets crisis could, all too plausibly, turn that risk into reality.

So Turkey seems to be in serious trouble — and China, a vastly bigger player, is looking a bit shaky, too. But what makes these troubles scary is the underlying weakness of Western economies, a weakness made much worse by really, really bad policies.