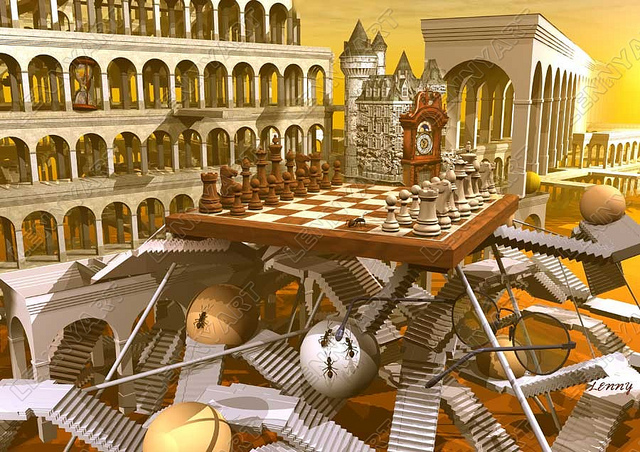 You often find people talking about our economic difficulties as if they were complicated and mysterious, with no obvious solution. As the economist Dean Baker recently pointed out, nothing could be further from the truth. The basic story of what went wrong is, in fact, almost absurdly simple: We had an immense housing bubble, and, when the bubble burst, it left a huge hole in spending. Everything else is footnotes.

And the appropriate policy response was simple, too: Fill that hole in demand. In particular, the aftermath of the bursting bubble was (and still is) a very good time to invest in infrastructure. In prosperous times, public spending on roads, bridges and so on competes with the private sector for resources. Since 2008, however, our economy has been awash in unemployed workers (especially construction workers) and capital with no place to go (which is why government borrowing costs are at historic lows). Putting those idle resources to work building useful stuff should have been a no-brainer.

But what actually happened was exactly the opposite: an unprecedented plunge in infrastructure spending. Adjusted for inflation and population growth, public expenditures on construction have fallen more than 20 percent since early 2008. In policy terms, this represents an almost surreally awful wrong turn; we’ve managed to weaken the economy in the short run even as we undermine its prospects for the long run. Well played!

And it’s about to get even worse. The federal highway trust fund, which pays for a large part of American road construction and maintenance, is almost exhausted. Unless Congress agrees to top up the fund somehow, road work all across the country will have to be scaled back just a few weeks from now. If this were to happen, it would quickly cost us hundreds of thousands of jobs, which might derail the employment recovery that finally seems to be gaining steam. And it would also reduce long-run economic potential.

How did things go so wrong? As with so many of our problems, the answer is the combined effect of rigid ideology and scorched-earth political tactics. The highway fund crisis is just one example of a much broader problem.

So, about the highway fund: Road spending is traditionally paid for via dedicated taxes on fuel. The federal trust fund, in particular, gets its money from the federal gasoline tax. In recent years, however, revenue from the gas tax has consistently fallen short of needs. That’s mainly because the tax rate, at 18.4 cents per gallon, hasn’t changed since 1993, even as the overall level of prices has risen more than 60 percent.

It’s hard to think of any good reason why taxes on gasoline should be so low, and it’s easy to think of reasons, ranging from climate concerns to reducing dependence on the Middle East, why gas should cost more. So there’s a very strong case for raising the gas tax, even aside from the need to pay for road work. But even if we aren’t ready to do that right now — if, say, we want to avoid raising taxes until the economy is stronger — we don’t have to stop building and repairing roads. Congress can and has topped up the highway trust fund from general revenue. In fact, it has thrown $54 billion into the hat since 2008. Why not do it again?

But no. We can’t simply write a check to the highway fund, we’re told, because that would increase the deficit.

And deficits are evil, at least when there’s a Democrat in the White House, even if the government can borrow at incredibly low interest rates. And we can’t raise gas taxes because that would be a tax increase, and tax increases are even more evil than deficits. So our roads must be allowed to fall into disrepair.

If this sounds crazy, that’s because it is. But similar logic lies behind the overall plunge in public investment. Most such investment is carried out by state and local governments, which generally must run balanced budgets and saw revenue decline after the housing bust. But the federal government could have supported public investment through deficit-financed grants, and states themselves could have raised more revenue (which some but not all did). The collapse of public investment was, therefore, a political choice.

What’s useful about the looming highway crisis is that it illustrates just how self-destructive that political choice has become. It’s one thing to block green investment, or high-speed rail, or even school construction. I’m for such things, but many on the right aren’t. But everyone from progressive think tanks to the United States Chamber of Commerce thinks we need good roads. Yet the combination of anti-tax ideology and deficit hysteria (itself mostly whipped up in an attempt to bully President Obama into spending cuts) means that we’re letting our highways, and our future, erode away.