BARACK OBAMA MUST SEE MICHAEL MOORE’S NEW MOVIE (SO MUST YOU)! 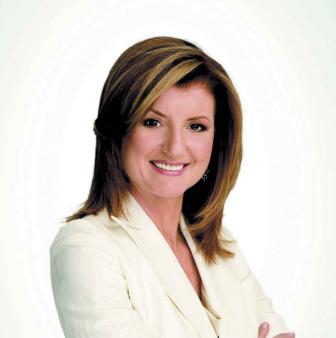 The film, which opens in New York and Los Angeles on Wednesday, and all across the country on October 2nd, is a withering indictment of the current economic order, covering everything from Wall Street’s casino mentality to for-profit prisons, from Goldman Sachs’ sway in Washington to the poverty-level pay of many airline pilots, from the tidal wave of foreclosures to the tragic consequences of runaway greed.

Watching the film, I felt like Michael had climbed inside my head, made a list of all the things that have been obsessing me for the last 12 months, and brought them horrifyingly to life. It’s one thing to know these things are happening; it’s another to see them happening in front of your eyes.
Right from the beginning — after a funny set-up juxtaposing End of Empire Rome and Modern America — Michael goes directly to the beating heart of the economic crisis, showing a hard-working, middle class family being evicted from their home. The knot in your stomach starts to tighten — and the outrage starts to build…

And so it goes throughout the film, with Moore successfully walking a cinematic tightrope, alternating between a punch-to-the-solar-plexus critique of the status quo, heart-wrenching portraits of the suffering caused by the economic crisis, and laughout-loud social satire.

The film also turns the spotlight on some underreported gems: an internal Citibank report happily declaring America a “plutonomy,” with the top 1 percent of the population controlling more financial wealth than the bottom 95 percent; an expose of “dead peasant” insurance policies that have companies cashing in on the untimely deaths of their employees; and amazing footage of FDR, found buried in a film archive and not seen in decades, calling for a Second Bill of Rights that would guarantee all Americans a useful job, a decent home, adequate health care, and a good education.

And Moore underlines the irony of Larry Summers being put in charge of fixing the crisis he helped create. A little like asking Kanye West to plan a Taylor Swift tribute. While taking no prisoners, and directing equal doses of ire at Republicans and Democrats alike, the film also features a number of heroes, including bailout watchdog Elizabeth Warren; Wayne County, Michigan Sheriff Warren Evans, who announced in February: “I cannot in clear conscience allow one more family to be put out of their home until I am satisfied they have been afforded every option they are entitled to under the law to avoid foreclosure”; and Ohio Rep. Marcy Kaptur, who took to the House floor and offered a radical solution to the foreclosure crisis: “So I say to the American people, you be squatters in your own homes. Don’t you leave.”

In the film, Michael describes capitalism as evil. I disagree. I don’t think capitalism is evil. I think what we have right now is not capitalism.

In capitalism as envisioned by its leading lights, including Adam Smith and Alfred Marshall, you need a moral foundation in order for free markets to work. And when a company fails, it fails. It doesn’t get bailed out using trillions of dollars of taxpayer money. What we have right now is Corporatism. It’s welfare for the rich. It’s the government picking winners and losers. It’s Wall Street having their taxpayer-funded cake and eating it too. It’s socialized losses and privatized gains.

Which is why — although you can bet many will try — Capitalism: A Love Story can’t be dismissed as a left-wing tirade. Its condemnation of the status quo is too grounded in real stories and real suffering, its targets too evenly spread across the political spectrum. Indeed, Jay Leno, America’s designated Everyman, was so moved by the film he insisted that Moore appear on the second night of his new show, and told his audience that the film was “completely nonpartisan… I was stunned by it, and I think it is the most fair film” Moore has done.

After a preview screening last week (at which I did a Q&A session with Michael), he came over to my home for a late night bite. Over lasagna, he told me about an incident that occurred while he was filming that exemplifies how the economic crisis cannot be looked at through a left vs right prism.

It happened while he and his crew were shooting the climax of the movie, where Michael decides to mark Wall Street as a crime scene, putting up yellow police tape around some of the financial district’s towers of power.

While unfurling the tape in front of a “too big to fail” bank, he became aware of a group of New York’s finest approaching him. Moore has a long history of dealing with policemen and security guards trying to shut him down, but in this case he knew he was, however temporarily, defacing private property. And his shooting schedule didn’t leave room for a detour to the local jail. So, as the lead officer came closer, Moore tried to deflect him, saying: “Just doing a little comedy here, officer. I’ll be gone in a minute, and will clean up before I go.”

The officer looked at him for a moment, then leaned in: “Take all the time you need.” He nodded to the bank and said, “These guys wiped out a lot of our Police Pension Funds.” The officer turned and slowly headed back to his squad car. Moore wanted to put the moment in his film, but realized it could cost the cop his job, and decided to leave it out. “When they’ve lost the police,” he told me, “you know they’re in trouble.”

There is a real sense of urgency to Capitalism: A Love Story. I asked Michael what impact he hoped the film would have. He chuckled and said that, in some way, he had made the movie for “an audience of one. President Obama. I hope he sees it and remembers who put him in the White House… and it wasn’t Goldman Sachs.”
At the Q&A I did with Michael — and, indeed, wherever he goes — people who see the film are asking: What should I do to make a difference?