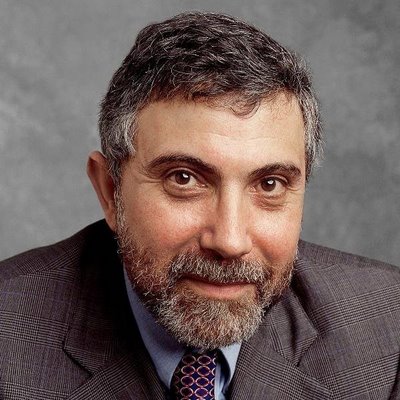 Ben Bernanke, the Federal Reserve chairman, recently had some downbeat things to say about our economic prospects. The economy, he warned, “confronts some formidable headwinds.” All we can expect, he said, is “modest economic growth next year — sufficient to bring down the unemployment rate, but at a pace slower than we would like.”

Actually, he may have been too optimistic: There’s a good chance that unemployment will rise, not fall, over the next year. But even if it does inch down, one has to ask: Why isn’t the Fed trying to bring it down faster?

Some background: I don’t think many people grasp just how much job creation we need to climb out of the hole we’re in. You can’t just look at the eight million jobs that America has lost since the recession began, because the nation needs to keep adding jobs — more than 100,000 a month — to keep up with a growing population. And that means that we need really big job gains, month after month, if we want to see America return to anything that feels like full employment.

How big? My back of the envelope calculation says that we need to add around 18 million jobs over the next five years, or 300,000 jobs a month. This puts last week’s employment report, which showed job losses of “only” 11,000 in November, in perspective. It was basically a terrible report, which was reported as good news only because we’ve been down so long that it looks like up to the financial press.

So if we’re going to have any real good news, someone has to take responsibility for creating a lot of additional jobs. And at this point, that someone almost has to be the Federal Reserve.

I don’t mean to absolve the Obama administration of all responsibility. Clearly, the administration proposed a stimulus package that was too small to begin with and was whittled down further by “centrists” in the Senate. And the measures President Obama proposed earlier this week, while they would create a significant number of additional jobs, fall far short of what the economy needs.

But while economic analysis says that we should have a large second stimulus, the political reality is that the president — faced with total obstruction from Republicans, while receiving only lukewarm support from some in his own party — probably can’t get enough votes in Congress to do more than tinker at the edges of the employment problem.

The Fed, however, can do more.

Mr. Bernanke has received a great deal of credit, and rightly so, for his use of unorthodox strategies to contain the damage after Lehman Brothers failed. But both the Fed’s actions, as measured by its expansion of credit, and Mr. Bernanke’s words suggest that the urgency of late 2008 and early 2009 has given way to a curious mix of complacency and fatalism — a sense that the Fed has done enough now that the financial system has stepped back from the brink, even though its own forecasts predict that unemployment will remain punishingly high for at least the next three years.

The most specific, persuasive case I’ve seen for more Fed action comes from Joseph Gagnon, a former Fed staffer now at the Peterson Institute for International Economics. Basing his analysis on the prior work of none other than Mr. Bernanke himself, in his previous incarnation as an economic researcher, Mr. Gagnon urges the Fed to expand credit by buying a further $2 trillion in assets. Such a program could do a lot to promote faster growth, while having hardly any downside.

So why isn’t the Fed doing it? Part of the answer may be political: Ideological opponents of government activism tend to be as critical of the Fed’s credit expansion as they are of the Obama administration’s fiscal stimulus. And this has probably made the Fed reluctant to use its powers to their fullest extent. Meanwhile, a significant number of Fed officials, especially at the regional banks, are obsessed with the fear of 1970s-style inflation, which they see lurking just around the bend even though there’s not a hint of it in the actual data.

And that is what we’re talking about here. The kind of sustained high unemployment envisaged in the Fed’s own forecasts is a recipe for immense human suffering — millions of families losing their savings and their homes, millions of young Americans never getting their working lives properly started because there are no jobs available when they graduate. If we don’t get unemployment down soon, we’ll be paying the price for a generation.

So it’s time for the Fed to lose that complacency, shrug off that fatalism and start lending a hand to job creation.