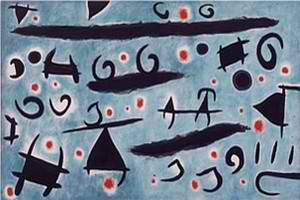 Has market turmoil left you feeling afraid? Well, it should. Clearly, the economic crisis that began in 2008 is by no means over. But there’s another emotion you should feel: anger. For what we’re seeing now is what happens when influential people exploit a crisis rather than try to solve it.

For more than a year and a half — ever since President Obama chose to make deficits, not jobs, the central focus of the 2010 State of the Union address — we’ve had a public conversation that has been dominated by budget concerns, while almost ignoring unemployment. The supposedly urgent need to reduce deficits has so dominated the discourse that on Monday, in the midst of a market panic, Mr. Obama devoted most of his remarks to the deficit rather than to the clear and present danger of renewed recession.

What made this so bizarre was the fact that markets were signaling, as clearly as anyone could ask, that unemployment rather than deficits is our biggest problem. Bear in mind that deficit hawks have been warning for years that interest rates on U.S. government debt would soar any day now; the threat from the bond market was supposed to be the reason that we must slash the deficit now now now. But that threat keeps not materializing. And, this week, on the heels of a downgrade that was supposed to scare bond investors, those interest rates actually plunged to record lows.

What the market was saying — almost shouting — was, “We’re not worried about the deficit! We’re worried about the weak economy!” For a weak economy means both low interest rates and a lack of business opportunities, which, in turn, means that government bonds become an attractive investment even at very low yields. If the downgrade of U.S. debt had any effect at all, it was to reinforce fears of austerity policies that will make the economy even weaker.
So how did Washington discourse come to be dominated by the wrong issue?
Hard-line Republicans have, of course, played a role. Although they don’t seem to truly care about deficits — try suggesting any rise in taxes on the rich — they have found harping on deficits a useful way to attack government programs.

But our discourse wouldn’t have gone so far off-track if other influential people hadn’t been eager to change the subject away from jobs, even in the face of 9 percent unemployment, and to hijack the crisis on behalf of their pre-existing agendas.
Check out the opinion page of any major newspaper, or listen to any news-discussion program, and you’re likely to encounter some self-proclaimed centrist declaring that there are no short-run fixes for our economic difficulties, that the responsible thing is to focus on long-run solutions and, in particular, on “entitlement reform” — that is, cuts in Social Security and Medicare. And when you do encounter such a person, you should be aware that people like that are a major reason we’re in so much trouble.

For the fact is that right now the economy desperately needs a short-run fix. When you’re bleeding profusely from an open wound, you want a doctor who binds that wound up, not a doctor who lectures you on the importance of maintaining a healthy lifestyle as you get older. When millions of willing and able workers are unemployed, and economic potential is going to waste to the tune of almost $1 trillion a year, you want policy makers who work on a fast recovery, not people who lecture you on the need for long-run fiscal sustainability.
Unfortunately, giving lectures on long-run fiscal sustainability is a fashionable Washington pastime; it’s what people who want to sound serious do to demonstrate their seriousness. So when the crisis struck and led to big budget deficits — because that’s what happens when the economy shrinks and revenue plunges — many members of our policy elite were all too eager to seize on those deficits as an excuse to change the subject from jobs to their favorite hobbyhorse. And the economy continued to bleed.

What would a real response to our problems involve? First of all, it would involve more, not less, government spending for the time being — with mass unemployment and incredibly low borrowing costs, we should be rebuilding our schools, our roads, our water systems and more. It would involve aggressive moves to reduce household debt via mortgage forgiveness and refinancing. And it would involve an all-out effort by the Federal Reserve to get the economy moving, with the deliberate goal of generating higher inflation to help alleviate debt problems.

The usual suspects will, of course, denounce such ideas as irresponsible. But you know what’s really irresponsible? Hijacking the debate over a crisis to push for the same things you were advocating before the crisis, and letting the economy continue to bleed.