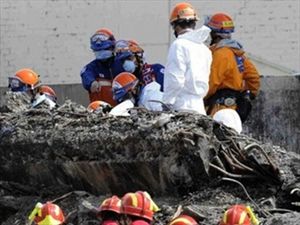 A generation ago, Japan was widely admired — and feared — as an economic paragon. Business best sellers put samurai warriors on their covers, promising to teach you the secrets of Japanese management; thrillers by the likes of Michael Crichton portrayed Japanese corporations as unstoppable juggernauts rapidly consolidating their domination of world markets.

Then Japan fell into a seemingly endless slump, and most of the world lost interest.

The main exceptions were a relative handful of economists, a group that happened to include Ben Bernanke, now the chairman of the Federal Reserve, and yours truly. These Japan-obsessed economists viewed the island nation’s economic troubles, not as a demonstration of Japanese incompetence, but as an omen for all of us. If one big, wealthy, politically stable country could stumble so badly, they wondered, couldn’t much the same thing happen to other such countries?
Sure enough, it both could and did. These days we are, in economic terms, all Japanese — which is why the ongoing economic experiment in the country that started it all is so important, not just for Japan, but for the world.
In a sense, the really remarkable thing about “Abenomics” — the sharp turn toward monetary and fiscal stimulus adopted by the government of Prime Minster Shinzo Abe — is that nobody else in the advanced world is trying anything similar. In fact, the Western world seems overtaken by economic defeatism.
In America, for example, there are still more than four times as many long-term unemployed workers as there were before the economic crisis, but Republicans only seem to want to talk about fake scandals. And, to be fair, it has also been a long time since President Obama said anything forceful publicly about job creation.
Still, at least we’re growing. Europe’s economy is back in recession, and it has actually grown a bit less over the past six years than it did between 1929 and 1935; meanwhile, it keeps hitting new highs for unemployment. Yet there is no hint of a major change in policy. At best, we may be looking at a slight relaxation of the savage austerity programs Brussels and Berlin are imposing on debtor nations.
It would be easy for Japanese officials to make the same excuses for inaction that we hear all around the North Atlantic: they are hamstrung by a rapidly aging population; the economy is weighed down by structural problems (and Japan’s structural problems, especially its discrimination against women, are legendary); debt is too high (far higher, as a share of the economy, than that of Greece). And in the past, Japanese officials have, indeed, been very fond of making such excuses.
The truth, however — a truth that the Abe government apparently gets — is that all of these problems are made worse by economic stagnation. A short-term boost to growth won’t cure all of Japan’s ills, but, if it can be achieved, it can be the first step toward a much brighter future.
So, how is Abenomics working? The safe answer is that it’s too soon to tell. But the early signs are good — and, no, Thursday’s sudden drop in Japanese stocks doesn’t change that story.
The good news starts with surprisingly rapid Japanese economic growth in the first quarter of this year — actually, substantially faster growth than that in the United States, while Europe’s economy continued to shrink. You never want to make too much of one quarter’s numbers, but that’s the kind of thing we want to see.
Meanwhile, Japanese stocks have soared, while the yen has fallen. And, in case you’re wondering, a weak yen is very good news for Japan because it makes the country’s export industries more competitive.
Some observers have raised the alarm over rising Japanese long-term interest rates, even though these rates are still less than 1 percent. But the combination of rising interest rates and rising stock prices suggests that both reflect an increase in optimism, not worries about Japanese solvency.
To be sure, Thursday’s sell-off in Japanese stocks put a small dent in that optimistic assessment. But stocks are still way up from last year, and I’m old enough to remember Black Monday in 1987, when U.S. stocks suddenly fell more than 20 percent for no obvious reason, and the ongoing economic recovery suffered not at all.
So the overall verdict on Japan’s effort to turn its economy around is so far, so good. And let’s hope that this verdict both stands and strengthens over time. For if Abenomics works, it will serve a dual purpose, giving Japan itself a much-needed boost and the rest of us an even more-needed antidote to policy lethargy.
As I said at the beginning, at this point the Western world has seemingly succumbed to a severe case of economic defeatism; we’re not even trying to solve our problems. That needs to change — and maybe, just maybe, Japan can be the instrument of that change.