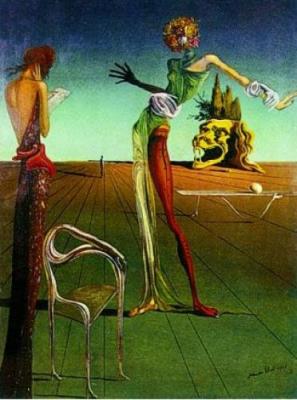 Greece faces the most severe financial crisis since her independence in 1832 from the then powerful Ottoman Empire. The main cause for this complicated and serious problem is a corrupt socio-economic and political system. Greece has a huge public sector with an uncontrollable spending. Between the years 1981 to 1991, public-sector debt in Greece rose at about 5 percent per year, going from 39.3 of the GDP to 116.3 percent and climbed more in 2000s without ending in side. Of this total, 98.6 percent is been attributed to public sector. Much of this debt was taken under the Panhellenic Socialist Party-PASOK to support its redistribution policies.

Throughout the 1980s approximately 75 percent of the total was spent domestically. Under this spending, PASOK strengthened the client state in Greece.

The socialist Prime Minister Andreas Papandreou manipulated the full membership of Greece to the European Union (EU) and obtained grants and loans to promote his socialist policies. Constantine Mitsotakis and the conservative party New Democracy came to power in 1989 and from 1990 to 1993 they governed Greece without a coalition try to change the economic policies without success. The failure was due to the fact that the labor unions which controlled by PASOK and the Communist Party resisted any new financial policies. Moreover, many conservative politicians such as, Miltiades Evert did not believe in privatization as a way to improve the economic system, therefore refused to support this kind of new socio-economic policies. The main reason for this severe refusal was that Greek politicians did not want to lose the traditions of political patronage.

From 1993 to 2004 the socialist govern Greece again. From 2004 to 2009 the conservatives took the executive power once more. In 2009, the socialist returned to power. All these years, Greece continued to accumulate a huge public debt, despite the political promises of change. The main reason for the accumulation of debt was that the various socialist and conservative administrations wanted to satisfy the appetite of the public sector and sustain the client state, a modern and powerful Leviathan. This crisis led to the current financial catastrophe. George Papandreou the new socialist prime minster of Greece signed a memorandum with the triad, which is consisting by the International Monetary Fund, the European Bank, and the European Commission. The memorandum and follow up memorandums targeted to control Greece’s public debt and potential bankruptcy and guarantee repayment of the loans. In addition, the IMF and European representatives pressed their Greek counterparts for privatization and a smaller government. Nonetheless, these treaties introduced sever austerity measures and high taxation in the Greek society. The Greek people perceived these new financial measures as genocidal economics. Still the Greek government cannot control the spending or the debt because the political structure does not want to really change the socio-political system, thus executing a mass privatization and reducing the size of the government.

The only way for the Greek government to reduce the public borrowing requirement and reverse years of structural deficits within the public sector is through wholesale and dramatic reforms of tax laws and privatization. Taxation evasion in Greece has been of a national pastime. Public distrust can be considered the primary cause of such civic unmindedness. Greece, similar to other countries on the periphery, has instead depended to a great extent on indirect taxation.

Nonetheless, by examining the central government’s current revenue between the years 1974 to 2011, we can see that it heavily relies more and more on direct taxation as major means to collect taxes. This includes primarily income taxes and social security and its related taxes. Direct taxation was 46.2 and now has climb to 50 plus with additional taxes. The last tsunami of taxation was supported by the triad in order Greece to pay back the loans.

It is evident that the post-1974 economic and political system in Greece failed. The new Prime Minister Lukas Papadimos is a renowned banker in Greece, Europe, and U.S.A., who assisted the socialist Prime Minister Costas Simitis in the beginning of 2000s to manipulate the economic statistics and place Greece on the Euro zone. His economic philosophy is based on Keynesian economics. Now, he will lead a coalition of socialists and conservatives politicians plus technocrats. However, it is dubious under Papadimos leadership Greece can obtain a viable economy and be competitive again, because heavy taxation and slow movement of privatizations cannot create financial prosperity in Greece.

Confident that the new coalition government will succeed in its extreme and difficult task of creating economic and political stability in Greece, expressed by the former Prime Minister George Papandreou at the delivery ceremony of the Presidency of the Government at the prime ministerial mansion Maximos. The new Prime Minister Lukas Papadimos concurred that he and his administration have a difficult and challenging task ahead at home and abroad.

Greece needs to reduce the tax rate to ten percent and pass laws to fight tax evasion. Moreover, the government needs to privatize all the state owned business. Furthermore, the Greek administration needs to privatize the social security system and the health care system. It is imperative Greece to have a small and limited central government. Finally, the government should end any economic intervention with the excuse to save economy. These new financial conditions will allow foreign and local investment in Greek proper. It is time for Greece to adopt a true capitalist philosophy. Under that philosophy the Greek people can prosper and experience economic liberty and individual freedom.

Greece is located in a highly sensitive geostrategic region. It is imperative to sustain an economic and political tranquility and prosperity. Especially, now with the emergence of the Arab Spring, this has generated a tsunami of turmoil and political instability in the eastern Mediterranean area. Specifically, the Greek geostrategic environment is increasingly complex and extremely challenging. Successive political, military, and economic crises in the Balkans and Middle East have made this crystal clear. Evolving EU and the North Atlantic Treaty Organization (NATO) geopolitical and geoeconomic strategies reflect the primary concerns about regional stability and economic development on the troubled European periphery. It is evident the progressive “Europeanization” of Greece is a transforming political, social, and economic development with ambiguous results as far. Greeks have resisted this modernization process or have misused it to benefit political patronage.

The U.S.A. can play an important role in the aforementioned process and also assist the Greek government obtain an economic and political stability. The American government needs to sustain a strong political, military, and economic influence and presence in Greece and in the wider region. This new American policy can be the catalyst for a new epoch of economic development and political modernization in this troubled region. United States can become the beacon of financial stability and democratic values for Greece and the rest of eastern Mediterranean basin and protect the region from geostrategic predators such as, Russia, China, and Iran. Without a doubt, the future will show if Greece survive the challenging times and financial crisis.