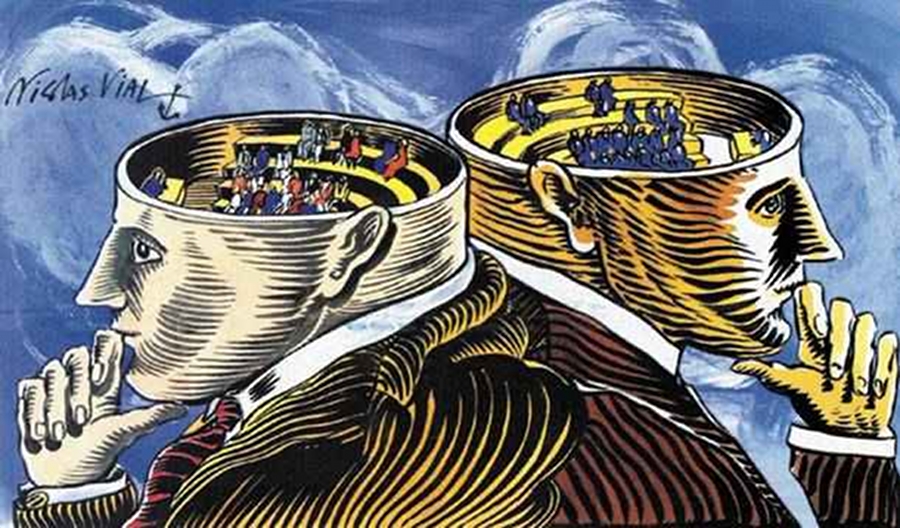 A century ago, Europe tore itself apart in what was, for a time, known as the Great War — four years of death and destruction on an unprecedented scale. Later, of course, the conflict was renamed World War I — because a quarter-century later Europe did it all over again.

But that was a long time ago. It’s hard to imagine war in today’s Europe, which has coalesced around democratic values and even taken its first steps toward political union. Indeed, as I write this, elections are being held all across Europe, not to choose national governments, but to select members of the European Parliament. To be sure, the Parliament has very limited powers, but its mere existence is a triumph for the European idea.

But here’s the thing: An alarmingly high fraction of the vote is expected to go to right-wing extremists hostile to the very values that made the election possible. Put it this way: Some of the biggest winners in Europe’s election will probably be people taking Vladimir Putin’s side in the Ukraine crisis.

The truth is that the European project — peace guaranteed by democracy and prosperity — is in deep trouble; the Continent still has peace, but it’s falling short on prosperity and, in a subtler way, democracy. And, if Europe stumbles, it will be a very bad thing not just for Europe itself but for the world as a whole.

Why is Europe in trouble?

The immediate problem is poor economic performance. The euro, Europe’s common currency, was supposed to be the culminating step in the Continent’s economic integration. Instead, it turned into a trap. First, it created a dangerous complacency, as investors funneled huge amounts of cash into southern Europe, heedless of risk. Then, when the boom turned to bust, debtor countries found themselves shackled, unable to regain lost competitiveness without years of Depression-level unemployment.

The inherent problems of the euro have been aggravated by bad policy. European leaders insisted and continue to insist, in the teeth of the evidence, that the crisis is all about fiscal irresponsibility, and have imposed savage austerity that makes a terrible situation worse.

The good news, sort of, is that despite all these missteps the euro is still holding together, surprising many analysts — myself included — who thought it might well fall apart. Why this resilience? Part of the answer is that the European Central Bank has calmed markets by promising to do “whatever it takes” to save the euro, up to and including buying government bonds to keep interest rates from rising too far. Beyond that, however, the European elite remains deeply committed to the project, and, so far, no government has been willing to break ranks.

But the cost of this elite cohesion is a growing distance between governments and the governed. By closing ranks, the elite has in effect ensured that there are no moderate voices dissenting from policy orthodoxy. And this lack of moderate dissent has empowered groups like the National Front in France, whose top candidate for the European Parliament denounces a “technocratic elite serving the American and European financial oligarchy.”

The bitter irony here is that Europe’s elite isn’t actually technocratic. The creation of the euro was about politics and ideology, not a response to careful economic analysis (which suggested from the beginning that Europe wasn’t ready for a single currency). The same can be said of the turn to austerity: All the economic research supposedly justifying that turn has been discredited, but the policies haven’t changed.

And the European elite’s habit of disguising ideology as expertise, of pretending that what it wants to do is what must be done, has created a deficit of legitimacy. The elite’s influence rests on the presumption of superior expertise; when those claims of expertise are proved hollow, it has nothing to fall back on.

So far, as I said, the elite has been able to hold things together. But we don’t know how long this can last, and there are some very scary people waiting in the wings.

If we’re lucky — and if officials at the European Central Bank, who are closer to being genuine technocrats than the rest of the elite, act boldly enough against the growing threat of deflation — we may see some real economic recovery over the next few years. This could, in turn, offer a breathing space, a chance to get the European project as a whole back on track.

But economic recovery by itself won’t be enough; Europe’s elite needs to recall what the project is really about. It’s terrifying to see so many Europeans rejecting democratic values, but at least part of the blame rests with officials who seem more interested in price stability and fiscal probity than in democracy. Modern Europe is built on a noble idea, but that idea needs more defenders.